Many on Canada’s West Coast have the  assumption that Toronto is known as the “Centre of the Universe” but say what you will one red light turns into the next city that extends for miles.

We are now hearing that Toronto is in the hunt for FIFA’s 2026 as worked on by the Bid Evaluation Task Force.

This group are the ones that continue their technical or regular tour of the United Bid of United States, Canada and Mexico all of whom are hoping to host the games.

I am hearing that the group has released a book containing 530 pages that contains various details and information on specific things relating to logistics, economic data, political information, marketing and media matters as well as a possible match-up for games.

This proposed match schedule accounts for any and all changes that will be presented by the new 48-team format that will see all teams guaranteed (at least) three day’s rest between matches.

The committee has also developed software that is said to be able to generate a possible schedule of matches that would take place over 24 day’s in 23 stadiums in three countries.

The Task Force paid visits and made intense and thorough inspection visits to Mexico City and Atlanta and I am hearing that the visits can be intense to say the least.

The Task Force kicked-off their tour at Toronto’s Nathan Phillips Square, one of Canada’s 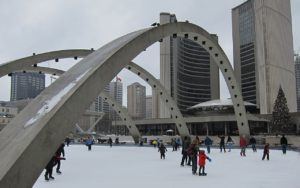 They then visited the BMP FIeld which was originally built to host the FIFA Under-20 Men’s World Cup in Canada in 2007 and currently it is home to the reigning Major League Soccer champions Toronto FC.

It has also hosted matches at the FIFA Under-20 Women’s World Cup in 2014 and the 2015 Confederation of North, Central American and Caribbean Association Football Gold Cup.

Toronto is only one of 23 cities proposed for the 2026 World Cup, with 17 in the US and three each in Canada and Mexico.

In total I am hearing that Toronto is one of 16 stadiums that will be selected if United 2026 bid beats out Morocco in the race to stage FIFA’s quadrennial showpiece.

When the group leaves Toronto the FIFA Task Force has slated a visit to Morocco from commencing April 16 and wraps up April 19 that will then see them travel to Marrakech, Agadir, Tangier and Casablanca.

This is considered a key moment in the race following speculation FIFA President Gianni Infantino is trying to eliminate the Moroccan bid as he prefers the joint US, Canadian and Mexican effort.

FIFA has been criticised for the way in which it has conducted the bid process so far, with Morocco claiming world football’s governing body changed the scoring system just 24 hours before they officially submitted its attempt.

The changes to the scoring system see infrastructure, including stadia and hotels, account for 70 per cent of the initial score given to a bid before it can qualify to enter the ballot.

Confusion over the remit of the FIFA Task Force also surfaced last month.

Reports have suggested a vote on the Committee’s remit took place in the Colombian capital, with all six African members – including continental President Ahmad – going against Infantino’s wishes. 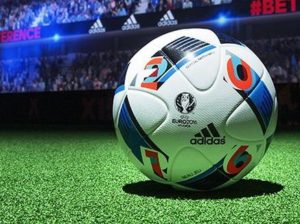 The Task Force was initially set to make a recommendation to FIFA’s ruling Council before any decision on whether or not the bids can proceed was made to the final vote.

It has now been suggested the Council will merely rubber-stamp the verdict of the FIFA Task Force.

Infantino has consistently defended the bid process, insisting FIFA has not changed the rules and that the bid race will be fair and transparent, with a decision due to be announced at the FIFA Congress in Moscow on June 13.