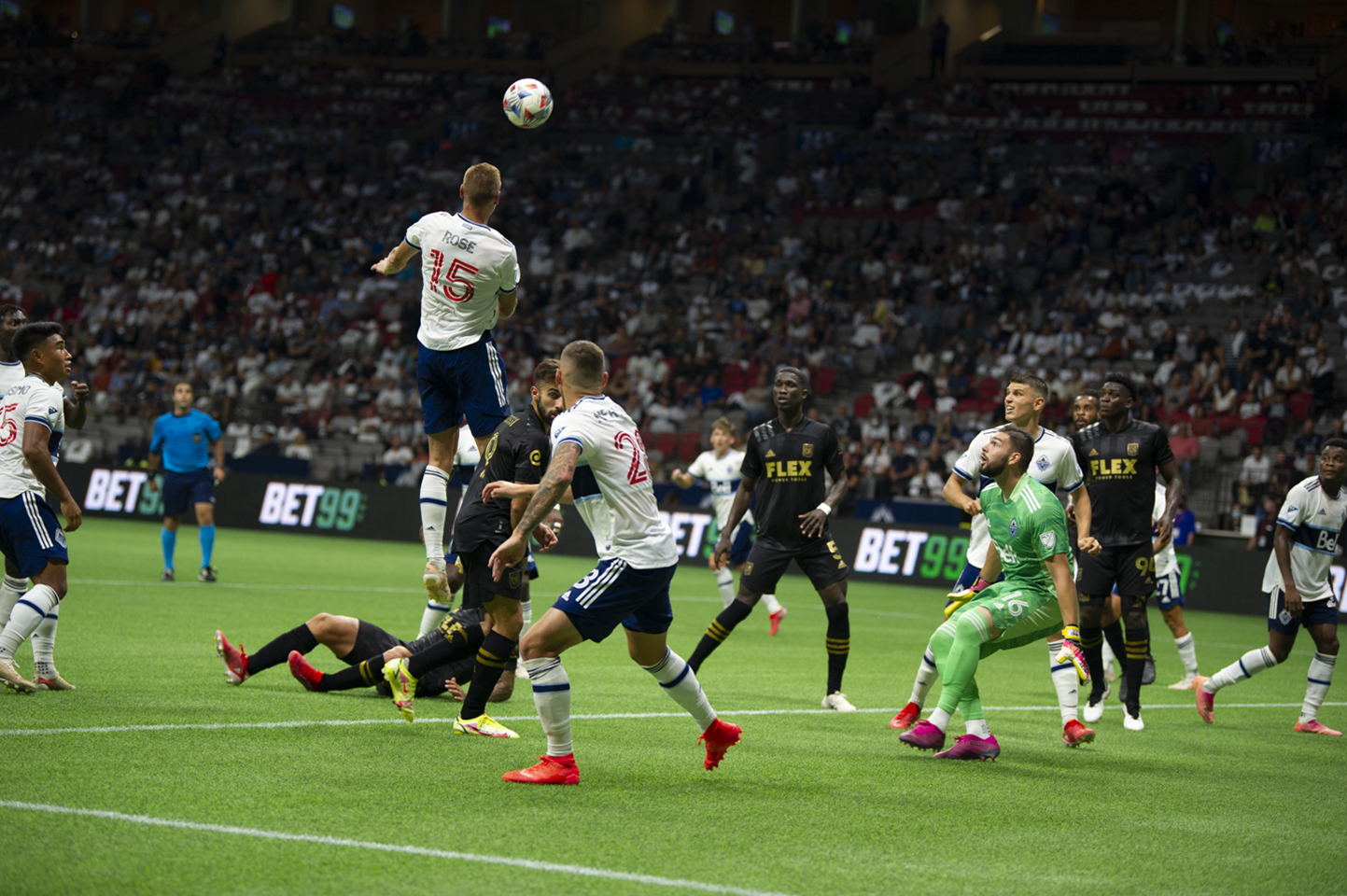 Holidays are welcomed by everyone, but having an extended holiday differs from what the Whitecaps have endured after being away from BC Place for 539 days.

With the crowd behind them they were focused and driven, managing to pull off an impressive 2-1 win over Los Angeles Football Club who had an unbeaten record of eight consecutive matches.

They were forced to play their MLS game’s in Real Salt Lake at Rio Tinto Stadium for the past 19 months against Austin; which ironically ended in the  US July 24.

Being given the green light July 25th from BC’s Provincial health minister Dr. Bonnie Henry allowed them to return home to play and train at the Whitecaps FC training Centre University of British Columbia.

The Whitecaps last game at BC Place Stadium was February 29th/2020, then as Covid began to surge they were forced to play all remaining games in the United States for 19 months.

In a show of class prior to the game the Whitecaps honoured the frontline workers as well as Dr. Henry who of late has come under criticism for not wearing a mask at the recent BC Lions game two days prior.

Also recognized by the Whitecaps were Canada’s returning 2020 Tokyo Olympics Athletes who were introduced to the 11,140 excited fans attending this historic game.

Entering the match the Cap’s trail San Jose by 6 points in the western conference standings with a record of 6-7-8 for 26 points, while Vancouver’s record is 4-7-8 one game in hand have 20 points.

From the outset both two teams played a fast paced match but it was the LAFC who had more chances in the first half only to be turned aside by Maxime Crépeau who played solidly keeping the visitors off the scoreboard.

There was no question that the match referee let the players determine the outcome in what was a wide open game and it wasn’t until Brian Rodríguez was given a penalty shot after being fouled by Javain Brown.

The visiting LAFC opened the scoring after Diego Rossi took a right handed shot sending it to the bottom right corner of the net that saw Maxime Crépeau dive to his bottom right giving LAFC a 1-0 lead.

The ‘Caps had their first chance of the match in the 12th minute on a breakaway only to be denied by LAFC “tender” Déiber Caicedo falling to get on the board in the first 45.

White, who was coming off an impressive match the prior game, managed to  score his second goal in as many matches being close and sent one over the centre after being set up by Dájome tying up the game one.

At times it looked as though LAFC would pull off a win, but iit was Cap’s “tender” Crépeau who kept them off the scoreboard.

There was no question that Gauld is fast when challenged after the ball in all areas of the pitch netting his first MLS goal in the 89th minute sending a header in the top of the net after being set up by Brown and Ryan Raposo giving the Caps a 2-1 lead.

As the teams headed to seven minutes extra time the teams traded chances that at times saw aggressive play both of whom never walked away.