One sport that seldom gets enough or any mention for whatever reason is the sport of Ringette which is played on ice by mostly young girls, but not always and ironically included in the Canada Winter Games. 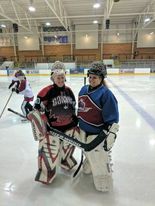 Personally Ringette has a connection to my family as my Daughter Annette was involved as a coach and Granddaughter Stephanie played the game and mentioned that this sport has more speed than hockey and from my point of view the girls who play at the higher level can easily outskate any hockey player, mainly due to their figure skating background!!!

The game was first invented in 1963 by the Northern Ontario by the Recreation Directors Association started by Sam Jacks and Mirt McCarthy and is shared by both North Bay and Espanola Ontario.

It’s reported that the first known rules of the game apparently recognize the fact that both girls broomball and girls ice hockey programs were already available and unsuccessfully drawing mostly female participation in the hopes of correcting this problem in the administration of sport for females in these regional areas.

Possibly and we’ll never really know if at that time girls never played ice hockey, but now their program has taken the world by storm as young girls and older Women are heavily involved in minor, senior and the National Program with Hockey Canada and the IIHF.

Unfortunately it is a common myth, even in Canada, that girls were not allowed to play ice hockey and that this was the reason ringette was created.

No different from other sports Ringette Canada has a Hall of Fame and recently announced the inducted the 2019 Junior National Team into its Hall of Fame in the team category.

As with other sports groups they recognize the outstanding contributions to the development of the sport as well as the outstanding achievements of ringette athletes, coaches, officials and administrators.

Angie Milbury, Ringette Canada President mentioned “It is my honour to be able to recognize this well-deserving team with an induction into our Hall of Fame and this recognition is a testament to not only the success this team has achieved but to the passion and dedication they have for the game.”

“It is a great honour to have the 2019 Junior National Team inducted into the Ringette Canada Hall of Fame.

Lorne Horne, Head Coach mentioned “As a coach, I  am beyond proud of these athletes and truly feel privileged to have helped them navigate this amazing  journey while working  together to achieve our common goals.”

He continued “There is no doubt that all 22 athletes and the staff members worked hard and made sacrifices that played a pivotal role in us capturing the third consecutive world junior championship title for the program. Together, this team will walk as champions for the rest of their lives.”

The 2019 Junior National Team pulled out a 7-6 comeback win against Finland in their first game of a best two out of three series at the 2019 World Ringette Championships played at the Bill Copeland Arena in Burnaby. 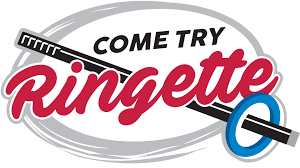 They managed a 9-7 win winning the Championship title.

The following athletes and team staff were part of the 2019 Junior National Team: