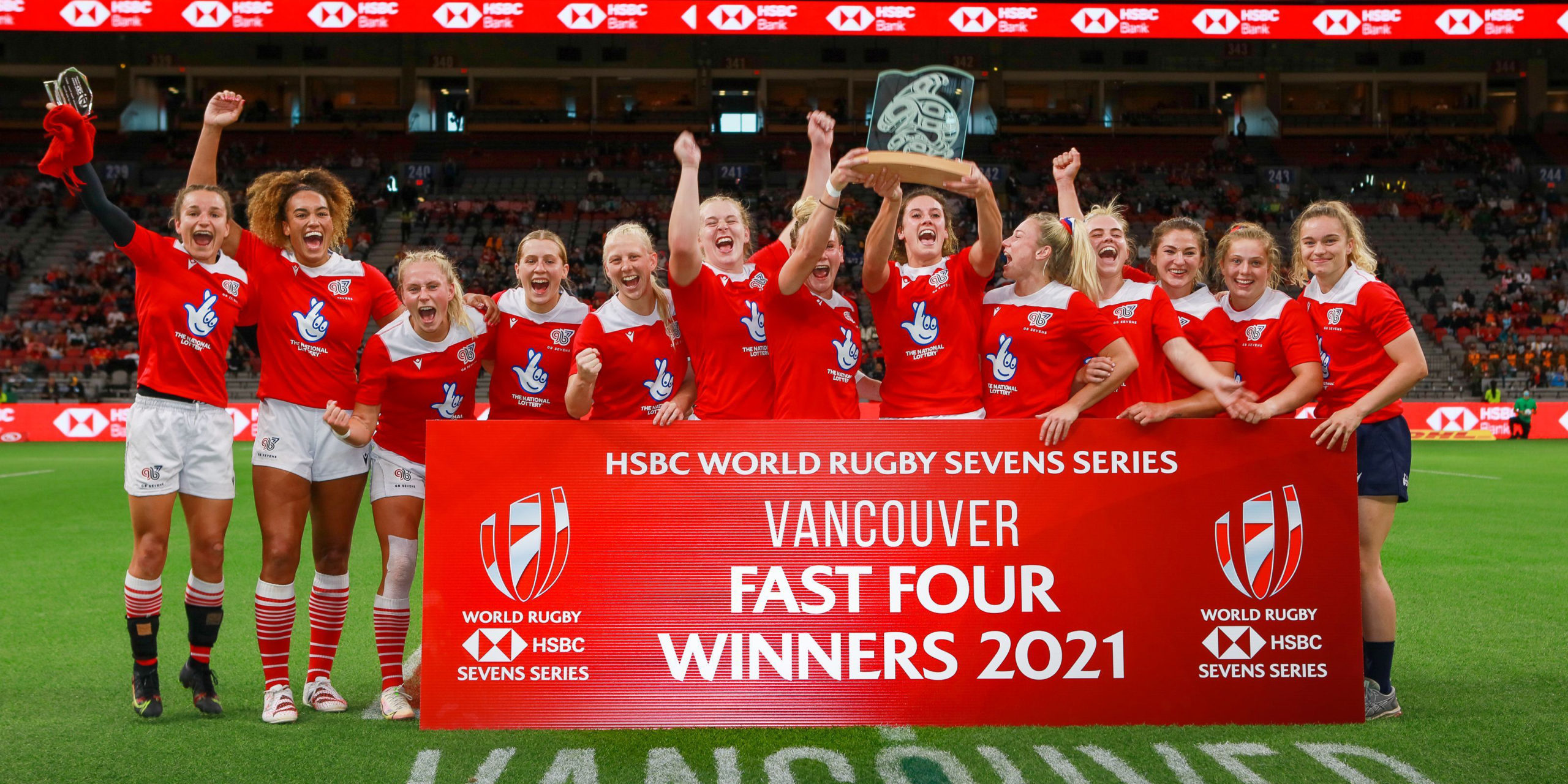 Covering the weekend games for both Sportswave Media as well as Eastlink TV give us the inside scoop allowing us to promote the sport for today’s youth while pondering who will be Canada’s next Olympic Athlete.

Day one kicked off Saturday with the first of 6 game’s played on the BC place turf in this years tournament.

Canada Kicked off the fast four taking on the Americans in a very entertaining match as the Canadians came up just short in a 22-12 loss to the United States and with the speed and of the growing sport had the fans on their cheering ball skills.

Next up had Great Britain take on Mexico and the difference in the skills was evident against an inexperienced team as the Brits came out on top with a 39-0 shutout victory winning their opening match.

The United States followed up their opening win in this year’s Sevens fast with a 62-0 over Mexico handing them their second straight loss as the Americans improved to 2-0 in the Sevens tournament and Mexico fell to 0-2.

Next up saw Great Britain face our Canadian women and came out on top with a 19-5 to improve to 2-0 in this year’s tournament and Canada fell to 0-2 in tournament play.

Canada recovered with an impressive comeback victory to get back in the win column over Mexico playing their third match of the day as they shut out the Mexicans 39-0 to improve to 1-2 and Mexico fell to 0-3.

Great Britain finished off day one with a solid win over their American counterparts as they defeated them by a 41-12 score to improve to 2-0 in the tournament bringing to a conclusion on day one.

Day two saw four games played on Sevens Sunday beginning at nine with Great Britain hammering Mexico by a 43-0 score to remain undefeated in tournament play as Mexico fell to 0-4.

In a rematch of this year’s Sevens Fast Four Team Canada played the US in what was a close match in the opening half with Canada took a 12-10 lead in the opening 7 half.

The US came out strong in the final 7 minutes scoring 2 tries and 12 points winning the match 22-12, which was identical to their match Saturday to take the semi-final and advance to the Sevens Championship later in the day.

Mexico is getting accustomed to the sport, which for some players is somewhat new given that many in Mexico as they are more familiar with soccer/football.

They put on an impressive showing, but unfortunately finished 0-5 in the tournament allowing 231 points over two days, while failing to get a try – but in time they can only get better.

The US finished second in what was a great tournament managing to showcase their talent on the pitch as they dropped their second straight game against the Brits on Sunday after a 41-12 loss the day before.