HSBC Rugby Sevens was again held in Vancouver before a sold out crowd of 77,096 at BC Place Stadium this year adding an international flavor over the two days.

Despite the fact that the clocks were turned ahead, with the spectators losing an hour sleep and dressing up like it was Halloween in March, the Canadian 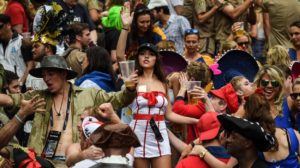 The National squad came out extremely flat dropping the match to Scotland by a  19-0 margin in a contest that nothing went right for Canada’s squad.

This was one of four early morning matches in this group, but other winners in the morning included Wales pulling out a 19-12 win over France.

Rounding out this portion of the final day saw Russia defeat Uruguay by a 14-7 win while Spain defeated Samoa 24-0 with the winners of the four matches advancing to the semi-finals.

The semi-finals saw Scotland defeat Wales 26-5, while Spain handed Russia a 14-7 thumping allowing them to advance to the final of this years event.

The tournament championship quarter finals saw the fans entertained to four matches where South Africa defeated Australia by a 24-19 margin.

Fiji hammered Argentina 43-7 while the United States pulled out a 17-0 over New Zealand and Kenya shocked England 12-0 win.

Semi-finals saw Fiji defeat South Africa 15-12 advancing to the championship final against Kenya who narrowly defeated the US (United States) by a 24-19 score with the winning try on a late mistake for the victory.

Canada advanced to the 13th place game with the earlier 31-19 win over France that saw them square off against Fiji who defeated Argentina 43-7. 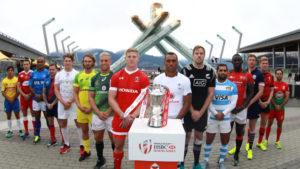 The match between Samoa and Canada saw the lead change hands hands four times turned out to be a thriller nonetheless only to have Samoa edge our National squad by a 21-15 margin giving Samoa a 13th place finish knocking Canada to 14th.

Scotland pulled out a 29-5 win over Spain receiving grabbing the “Shield Trophy” for their outstanding efforts in the Vancouver Rugby 7’s tournament performance.

South Africa and the heavily favoured United States played for the Bronze medal only to have them hammer the Americans 29-7 capturing third place at this years Vancouver Rugby 7’s.

Fiji and Kenya in what was highly skilled match that had the fans of both sides chanting, singing and dancing in the stands at BC Place.

The opening half saw the teams split the scoring each scoring on two tries each with the game tied at 12 that saw missed converts by Kenya while Fiji scored points at will in the second half of the match.

Fiji managed to score 19 straight points against a Kenyan team that was unable to keep up in the pace as the faster Fiji squad raced to for Gold with a 31-12 victory.

The weekend marked an event for young and old alike making Vancouver “Party Central” with everyone wanting more.

One has to ask or question why other sports played at BC Place can’t or don’t enjoy this type of atmosphere??

It’s all about marketing and obviously the other sports using BC Place are doing something wrong!!

Rugby 7’s has captured the hearts of the Vancouver with two days of exceptional Rugby played by 16 Nations with everyone looking forward to 2019. 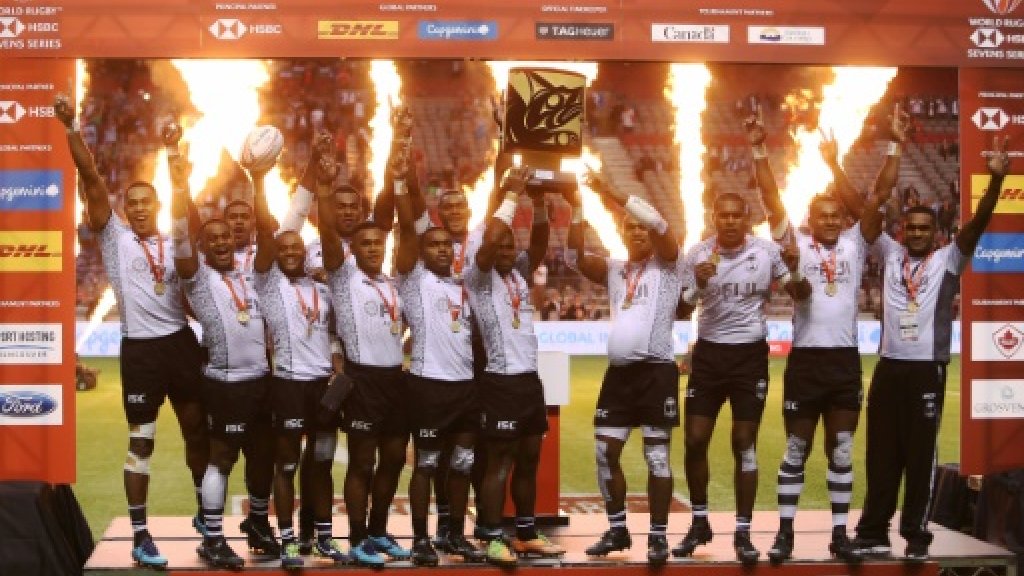