Given the recent success in Vancouver of the Rugby 7’s utilizing a “party atmosphere” the game has turned into a success that Canada is embracing from coast to coast.

Canada booked men’s and women’s spots at the 2018 Youth Olympic Games this past weekend in Las Vegas allowing them to compete at the Global event in Buenos Aires in October as well qualifying over the weekend was Colombia for the women’s category.

Played over three days in Las Vegas, the U-18 tournaments took place at the Silver Bowl Sports Park and Sam Boyd Stadium. The latter venue hosted the USA 7’s over the weekend, an event which made history with Perry Baker and the Eagles winning the tournament.

Competing in the U-18’s were eight teams that included the Women’s division with teams from Barbados, Canada, Mexico and the USA, while the 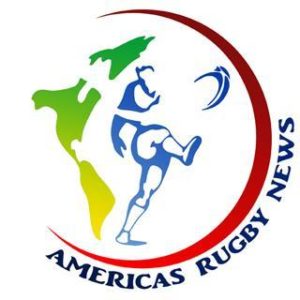 The Youth Olympic Games started in 2010 with Rugby 7’s debuting in 2014 and this was followed by the inclusion of the sport join the 2016 Olympic Games in Rio de Janeiro., which is now, at junior level, another of South America’s major cities with history in the making.

Buenos Aires 2018 will feature twelve rugby teams with six (6) competitors in B both the men’s and women’s categories are to be finalized over the coming months.

Each of World Rugby’s six continental regions will have one participant in each. Rugby Americas North has Canada in both while Colombia is the Sudamérica Rugby qualifier in the women’s with the men’s qualifying yet to take place.

Yet due to IOC rulings it will only be one, not both the men’s and women’s u18’s from the country playing Rugby 7’s in Buenos Aires.

Only one gender can be represented per country with rugby currently being represented by the women. The men need to wait to see it the u18’s field hockey team qualify or not to learn their fate.

Competing for the first time in Las Vegas was Mexico. The team is coached by Dany Rosales, the captain of Mexico’s senior women’s 7’s side which qualified for the 2018 Rugby Sevens World Cup to be played in San Francisco.

Thanks to America Rugby News