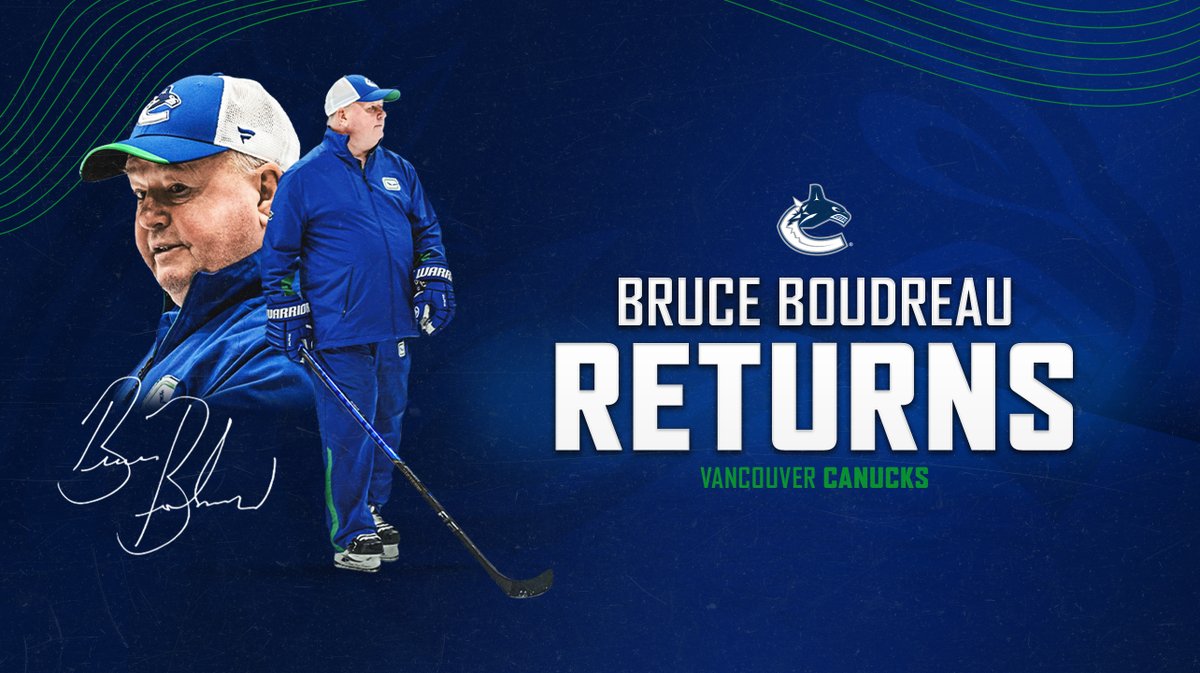 For hockey fans that follow the Vancouver Canucks you are finally getting some good news, which in some senses was no real surprise while speculation was that he might not return.

It should be known that prior to making any decision he had other things on his mind that had to be dealt with in his own personal life.

To the players he is like their Grandfather, age wise and probably wiser than any player on the team with his life skills that he has learned over his life, which brings value to the role he plays.

For those who were saying that he wasn’t a fit for the Canucks, ask yourself who was a  good fit for Travis Green started the season with a 8-15-2 record while Jim Benning was putting the pieces in place for a building culture.

If you were under the belief that they would build a winning culture, it surely wouldn’t be under the previous pair who at times seemed overwhelmed by the talent they had on the ice.

A change is as good as a rest in all aspects in life and regardless if you have a coaching change or have a a change in your personal surroundings, both can be for the better in the long run.

Under the previous pair the Canucks had only made the playoffs once in the past six years and since Boudreau went behind the bench they went 32-15-10 fighting hard to make postseason play.

While hockey fans are glued to the set’s watching the playoffs given the chippy and cheap shots by some of the players and the lack of rule understanding of some, you can’t take away from the speed of the game.

True it’s a fast, aggressive game and it is nice to watch the match-up of the coaching staff matching the line combinations.

While line combinations are important to some, it’s more about team chemistry that develops a winning style allowing various players to excel.

If you’re looking for a downfall it has to be his winning %,, which is .635, but his playoff record has been a difference that has him with a record of 43-47 that hasn’t seen his team move beyond the first round since 2015.

Given the talent of Thatcher Demko, Elias Pettersson and Quinn Hughes they should be the  building blocks for the team moving forward along with other questions that remain unanswered.

The following is from Capfriendly.com for NHL Salaries for players.

He was drafted 7th overall by the Vancouver Canucks in the 1st round of the 2018 entry draft.

He was drafted 5th overall by the Vancouver Canucks in the 1st round of the 2017 entry draft.

The season ending press conference Bruce Boudreau confirmed that he did indeed plan on returning to the Canucks for at least the upcoming 2022-23 season.

He does however have an option to return for one single season but with June 1st nearing he may consider other options elsewhere, but that was only speculation.

Canucks GM Patrik Alvin and President Jim Rutherford both mentioned they would like him back for next season, but wouldn’t discuss the possibility of a long-term contract until he has had a full season behind the Canucks bench.

Playing under Boudreau they managed to play at a pace that may have had them in 6th best team over the course of a full season.

The hope in Vancouver is that Boudreau can work his magic in 2022-23 and get this team over the hump and turn them into a perennial playoff team.

Another player that some are questioning his ability,is Canuck Captain Bo Horvat (27) who currently has one more season on his contract.