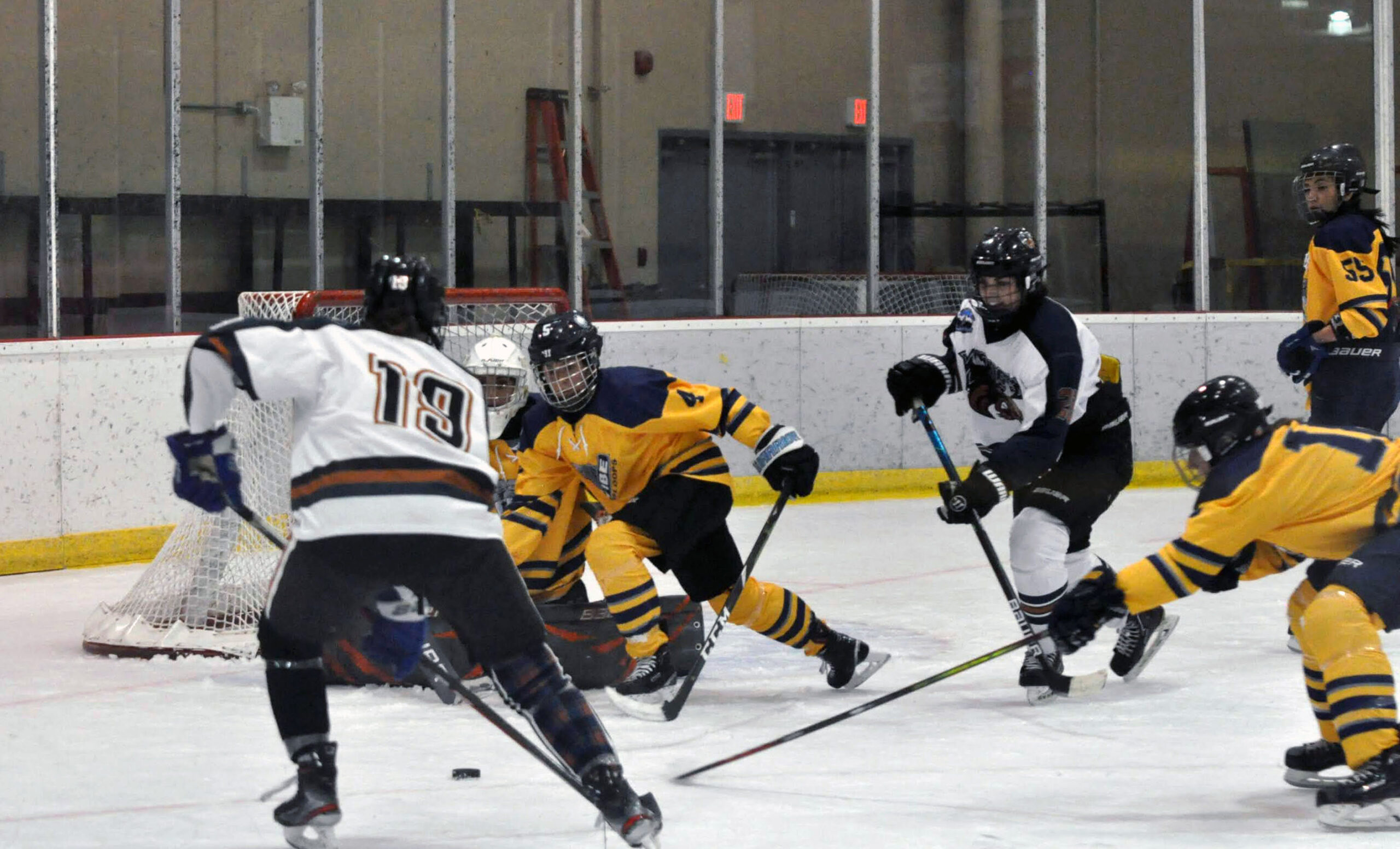 The Moose coasted past the Burnaby Mountain Capitals 6-1 Sunday night at Planet Ice – Coquitlam, firing 60 shots at the Capitals net on their way to their seventh victory of the season.

Sydney Kreps netted two goals for the Moose, raising her season’s total to six in 13 games played. The Surrey native also added an assist for a three-point game.

Natalie Richardson, Alanna McMullen, Kasey Lepp and Madeleine Ericsson also scored for Meadow Ridge, now at 7-4-3 (win-loss-tied) and eight points back of the first-place Kamloops Vibe. Zoe Leas scored the lone goal for the Capitals, in the league basement at 3-12-0.

The Moose began the weekend with a 2-1 victory over the visiting Vibe Friday night at the Langley Sportsplex.

Darcy Henderson tallied both goals for the Moose, netting a shorthanded goal in the last minute of the second period, and the game-winner midway through the third period. Rochelle Smith notched the lone Vibe goal with eight minutes remaining.

Smith scored her eighth of the season just 23 seconds into the game, and Kamloops maintained the lead until the third period, when goals from Jamie Mackenzie, Katy Thorne and Gaylene Scott put the game out of reach.

Ashley Fisher made 17 saves for her league-best fourth shutout of the season.

The TNT got first-period goals from Tracey Chang and Shea Weighill, and finished the weekend at 6-4-4.

North Shore, now at 6-2-4 on the season, earned the tie on goals by Cassidy Bell late in the second period and Kirstin Geyer on the powerplay with eight minutes left.

The Fraser Valley Jets won twice in Victoria, improving to 7-4-1 and pulling to within one point of the TNT and Rebels.

Frequerique Gauthier tallied twice for the Surge, with Sara Charbonneau adding a single goal. Steblin scored five times and added on assist in a 13-1 win by the Jets over the Island Sunday morning in Esquimalt. Dipietro had three goals and a pair of assists, with Lang scoring twice and earning a pair of assists.