When you talk about lacrosse there is one name that stands out above the rest that in what was primarily known as a men’s sport but given the changes in the game with various skills we are seeing more young girls playing today, more than ever.

Women’s lacrosse has excelled mainly due to the rise in the skills for box or field lacrosse on both a professional or amateur level that has embraced the sport throughout the world.

Brine’s rebranding comes amid increasing emphasis on creating equal opportunities for women in sports that has become more prevalent over the past couple of years.

Only this past week a group of Olympians led by Alex Morgan and Sue Bird launched a media startup driven by women which shows no signs of stopping.

Warrior rep Cindy Abbot mentioned “We intend to continue to bring innovation to the lacrosse industry  and meanwhile, we’ll continue to focus on surrounding these women with a community and platform which will allow them to be seen and heard.”

Brine will rebrand a women’s equipment manufacturer by ceasing production gear, per Sportico and will also change its logo.

Brine has served as a manufacturer of lacrosse and field hockey equipment since 1950 which is the successor to WH Brine company which was originally founded in 1922.

The product overlap and growth led New Balance to shift its focus. “Warrior will be our brand for men, and now Brine will be a [We’re] differentiating ourselves in the market where this space is for both,”

Last week, a group of Morgan and Sue Bird launched a media startup driven by “We intend to continue to bring innovation to lacrosse and continue to focus on surrounding the community and a platform allowing them to grow.” 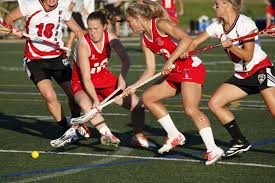