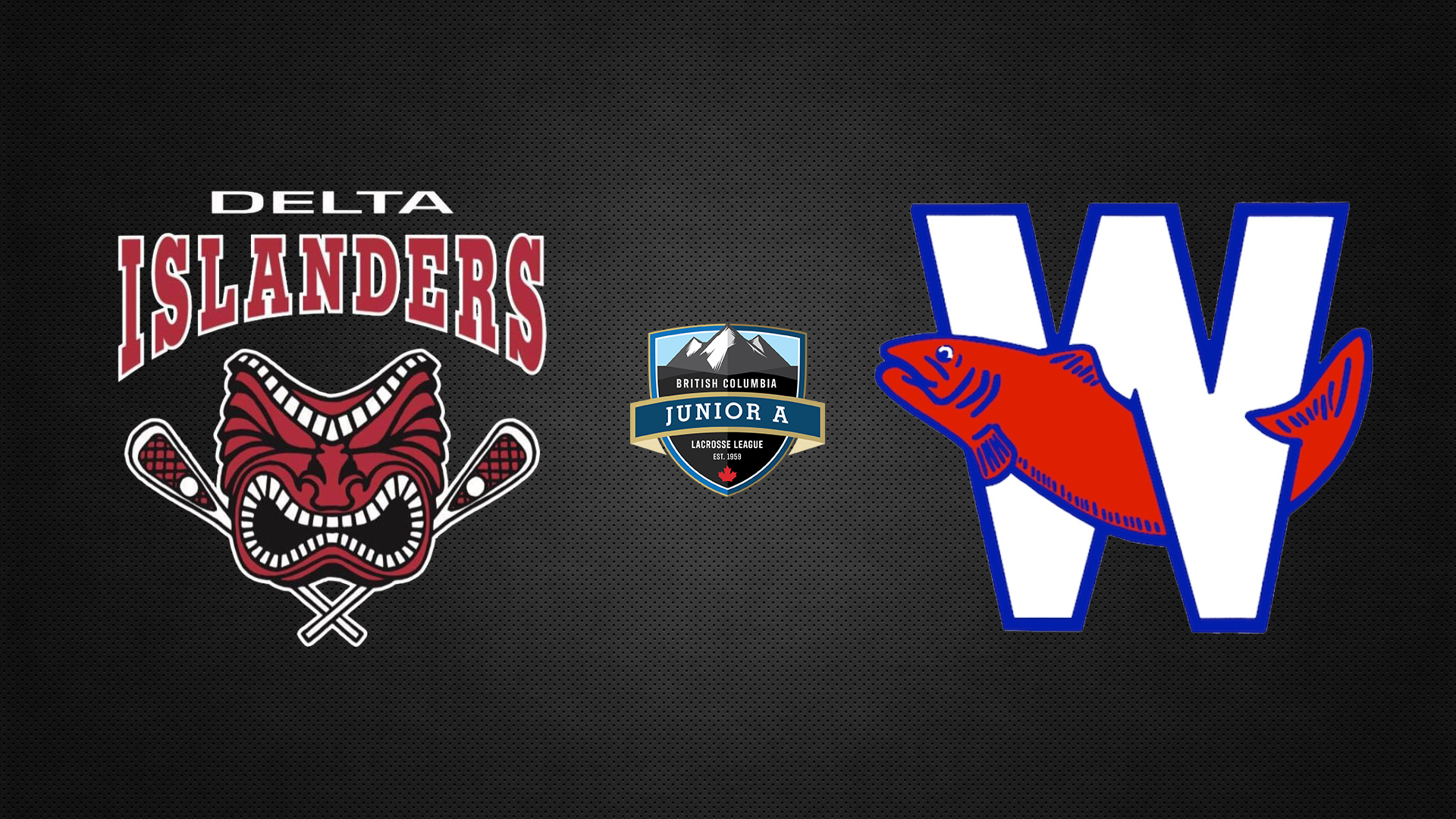 The season began with Sportswave Media working with Yare TV to bring you all Delta Islander games “live” from the Ladner Leisure Centre which was FREE FOR YOU TO WATCH.

The season was a roller coaster season for the hometown team that has an abundance of talent that saw all home games with an exceptional fan base attending the games.

Game three was played Friday, August 6th that saw both teams in a hard fought battle played at Queens Park Arena that would see Delta fall 11-7 to New West who now advance to play the Burnaby Lakers in round two.

Delta opened the scoring at 3:40 on a goal by Arjan Singh at 3:40 and followed this up with one from Calum Munro beating Bellies netminder Keegan Melenychuk.

New West came back with Drew Andre and Austin Ducommun added two a short 21 seconds apart putting the game even at two.

The Islanders came back as Keegan Kozack and Calum Munro got his second of the game giving Delta a 4-2 lead after 20 minutes.

New Westminster pulled within a goal 24 seconds into the second as Austin Ducommun got his second of the game making it 4-3 for the Islanders.

Delta’s Keegan Kozack notched his second of the game and extended their lead to 5-3, but to no one’s surprise the “Bellies” pulled back to within one at 5:26.

The Bellies got even on the scoreboard before the period was over as Kip Guthrie and Jaden Sealey got them on even terms heading into the intermission.

The “Bellies jumped out to a 10-6 lead over the Islanders with Kip Guthrie and Ezrah Glanville put them on the road to the second round.

Delta’s Ben McDonald collected one with 3:49 remaining in regulation time making it 10-7 only to have the “Bellies” add one more goal enroute to their 11-7 victory with Alex Sanderson getting the game’s final marker.

New West outshoot the Islanders by a narrow 45-44 that saw Keegan Melenychuk stop 37 saves in the deciding game, while the Islanders tenders faced 45, allowing 11 through 60 minutes.

New West now travels to Burnaby to face the Lakers in a three game series against the Lakers in the semifinals which starts Sunday in a matinee match-up.

Islanders “tender” Trace Reskey had an exceptional series and although he was forced to leave at 4:47 on the third that saw his counterpart Ashton LeClair stepped in to fill the void.

The other series has Port Coquitlam eliminate the Langley Thunder by a 10-4 margin to sweep their semi-final series and now has them square off against the Adanacs in the other semi-finals series.

The league will play an unbalanced 8 game schedule, ‘The Showcase Series’ – four home and four away games per team.

Mainland teams will not be traveling to the Island. Island teams from Victoria and Nanaimo will be playing weekend games here on the Mainland.