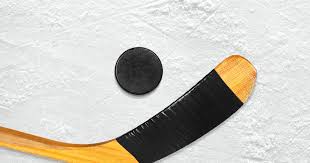 January 10th is the one day that some Junior hockey players dread when it approaches, but when it’s over some wonder why they were moved, while others are happy not to be moved.

It’s a time of the season that some welcome while others have reservations on what their future holds as they advance their career.

Locally the lower mainland has two main leagues one being the Junior A BCHL having 18 teams in the Interior and Coastal conferences which involves travel throughout the province.

The other league operates solely out of the lower mainland is called the PJHL consisting of 13 teams playing a 48 game schedule with travel from North Vancouver to Chilliwack.

Transactions in both leagues posted below.

Coquitlam transferred William Yee (D) to the Grande Prairie Storm of the AJHL for future considerations.

Cowichan Valley transferred Luke Strickland (F) to the Wellington Dukes of the OJHL for future considerations.

Aside from the above trades the one that caught the attention of many was the one that involves the Windsor Spitfires Acquiring Shane Wright (F) plus a pick in exchange for Ethan Miedema, Gavin McCarthy and 7 draft selections which include 2 conditional picks.

Here’s hoping that all the selections work out for not only the teams, but mostly all players involved.