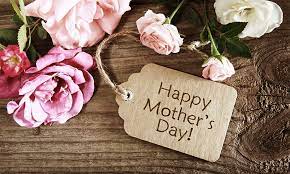 Sportswave wishes to send our thoughts to the Mothers and Step-Mothers around the world for their sincere, kind, thankful and loving ways they have nurtured us through our lives as only a Mother could.

Say what you will they are the backbone to the family and throughout our lives regardless of our age they have always been there for us in the good and bad times.

While we recognize our Mothers on this special day, it’s important for us to understand the origin of the day itself.

The origin of a motherhood celebration dates back to Ancient Greece and Rome, where festivals were held in honor of their mother goddesses, Rhea and Cybele.

The 16th century, Mothering Sunday was recognized on the fourth Sunday of Lent for the Church of England as well as the Roman Catholic Church.

This holiday wasn’t necessarily about mothers, but had more focus on attending your church, known as your “mother church,” which overall means the local Christian church.

It is however reported that the history of Mother’s Day came from origins in West Virginia, during the American Civil War,

In her parish Ann Reeves Jarvis, known as “Mother Jarvis” was one who helped start “Mother’s Day Work Clubs” raising awareness of the poor health conditions in her community.

These clubs were a uniting location for a region that was socially divided during the Civil War and when war ended, she (Jarvis) organized “Mother’s Friendship Day”  promoting reconciliation between the Union and Confederacy.

In the late 19th century the US saw lots of different movements organizing Mother’s Day, which  included Julia Ward Howe, an abolitionist and suffragist, who wrote the “Mother’s Day Proclamation.”

Sportswave photographer Laird Allan grew up on Windsor and was kept in line (as were we all) back in the day by his Mother Winnifred who grew Laird in to the person he is today.

Not all Mothers are still with us and I lost Mom in 1998 due to Cancer and am fortunate to be able to say my Step-Mother Vi stepped in and became a loving member of the family.

To my Daughter, Annette who is Mom to my three grandchildren she has become not just mom, but more like a best buddy to them and their friends who are thankful of who she, is as am I.

From the Sportswave Team to Mothers everywhere – Happy Mothers Day!!!