While many are still pondering the “real or not real” COVID-19 Pandemic that has Stop the World and Let Me Off’ as recorded by Waylon Jennings released in 1966 we are hearing that the WHL hockey is returning.

We missed the annual Teddy Bear Toss, but this is as good as it gets for not considering that many have been locked up staying safe having the ability to have something take our mind off going stir crazy this is some of the best news we have heard for the past while.

We are still hearing that the BCHL are still waiting for the “green light” from the Provincial Government one has to question where the games would be played given the fact that the ice may soon be taken out. 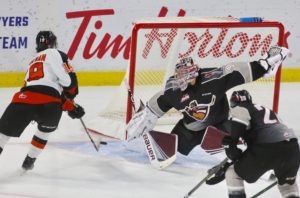 Makes sense for the ice to come out so spring and summer user groups can hopefully begin playing their sport which they have long been waiting for.

While this has not been easy for all use groups or the Provincial Government there has been far too much criticism directed at Dr. Bonnie Henry about when the return to play would actually happen.

The WHL has been working diligently to get the game back on the ice which has not been an easy task for the past months and now the end is hopefully near?

We recently received the following press release from the WHL regarding the return to play for BC teams.

I have reached out to Vancouver Giants play by play person Dan O’Connor and we have set up a Zoom interview which will be posted shortly.

Below is the press release from the league.

The Western Hockey League announced today the complete B.C. Division schedule of games for the 2020-21 Regular Season, which is set to begin Friday, March 26 in the WHL Hub Centers in Kamloops and Kelowna.

The WHL’s B.C. Division will begin with a doubleheader on Friday, March 26 as the Kamloops Blazers host the Vancouver Giants at the Sandman Centre in Kamloops (7 p.m. PT), while the Kelowna Rockets will host the Victoria Royals at Prospera Place in Kelowna (7:05 p.m. PT).

CLICK HERE to view all games released on the 2020-21 WHL Regular Season schedule to date, including all 60 games on the WHL’s B.C. Division schedule.

As previously announced, the WHL’s B.C. Division will play all 2020-21 Regular Season games exclusively within the Hub Centers located in Kamloops and Kelowna. The five B.C. Division teams will each play a 24-game schedule, which includes six games against each opponent. 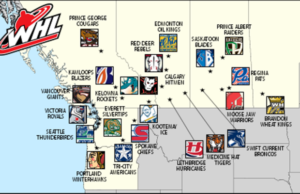 The WHL has developed an extensive set of protocols and believe the protective Hub environment will provide a high standard of safety, for not only players and staff, but the Kamloops and Kelowna communities at large.

The WHL will implement an ongoing weekly private PCR testing strategy, with all tests being processed by DynaLIFE Labs out of Edmonton, Alta.

Enhanced screening for all WHL players, billets, team staff and officials will take place on a daily basis, including regular temperature screenings as well as symptom monitoring through the WHL Athlete RMS Mobile Application.

Masks must be worn by all WHL players at all times with the exception of when participating on ice for games and practices. WHL coaches will be required to wear masks at all times, including while conducting practice and while behind the bench during games.

As the WHL returns to play in the WHL Hub Centers in Kamloops and Kelowna, no spectators will be permitted to enter Sandman Centre or Prospera Place.

WHL fans can look forward to taking in games across the whole league through the newly-launched WHL Live on CHL TV. More details available by visiting watch.CHL.ca.

The WHL consists of 22 member Clubs with 17 located in Western Canada and five in the U.S. Pacific Northwest. A member of the Canadian Hockey League, the WHL has been a leading supplier of talent for the National Hockey League for over 50 years.

The WHL is also the leading provider of hockey scholarships with over 375 graduates each year receiving WHL Scholarships to pursue a post-secondary education of their choice.

I find it ironic timing considering the fact that the Montreal Canadians are in town who have former Delta resident and Vancouver Giant Brendan Gallagher in the line-up who we caught up with a few years back at Delta’s Sungod Arena when he was coaching at the alumni game.