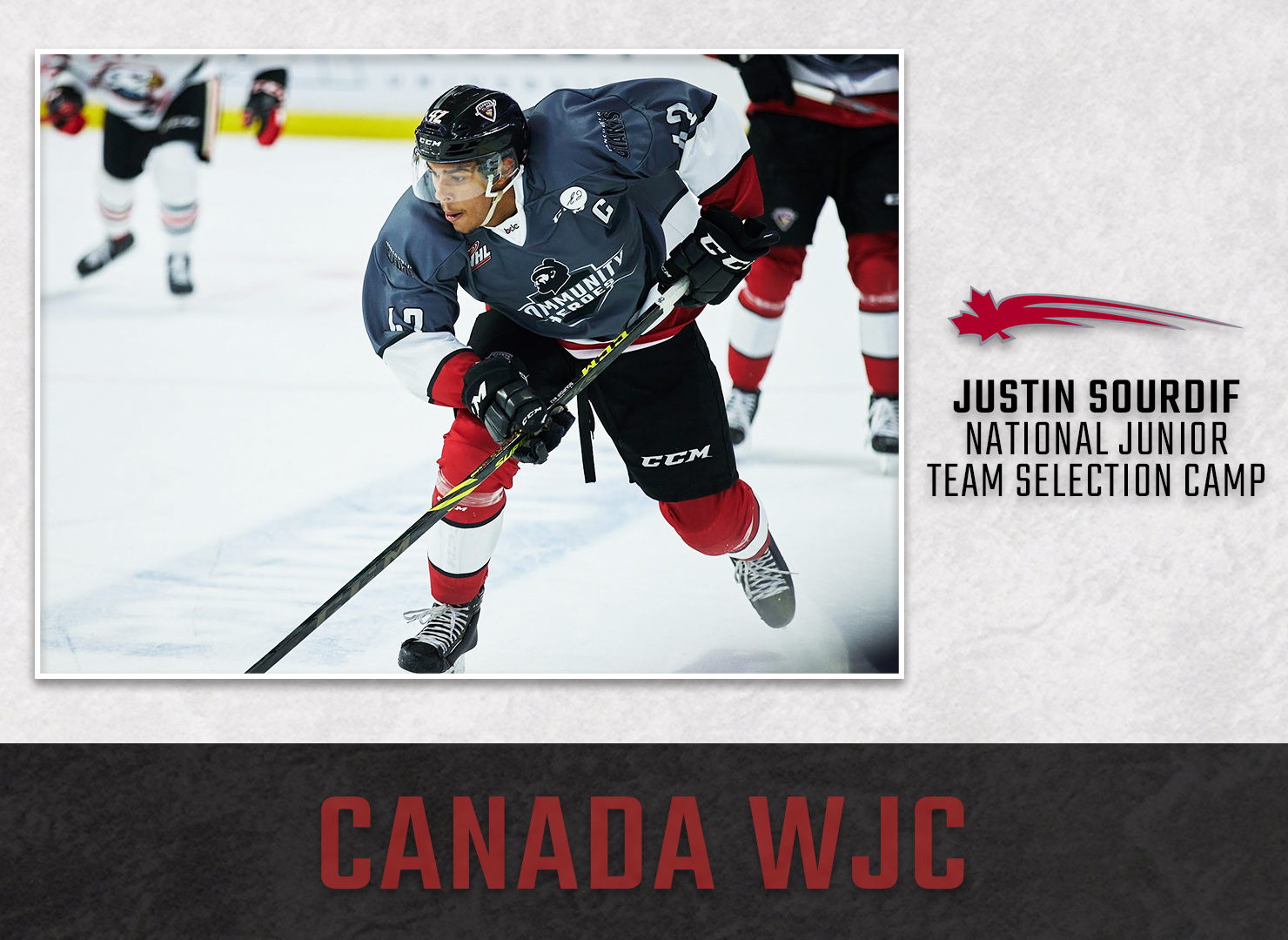 The Vancouver Giants in conjunction with Hockey Canada are thrilled to announce that Surrey BC’s Justin Sourdif has been invited to Canada’s National Junior Team Selection Camp which begins on December 9th in Calgary, AB.

This is ahead of the 2022 IIHF World Juniors being held in Edmonton and Red Deer Alberta.

Giants GM, Barclay Parneta mentioned “Justin Sourdif is fully deserving of the opportunity to attend Canada’s World Junior selection camp and on behalf of the entire organization, we wish him the best and we know that he’ll be a first class representative of the Western Hockey League and the Vancouver Giants.”

Sourdif, a signed prospect of the Florida Panthers currently leads the Vancouver Giants in scoring with 24 points (8G, 16A) and currently leads the Giants with a +13 rating in addition to his nine multi-point games including three game-winning goals.

Over the course of his current five-game point streak, Sourdif has produced three goals and four assists for seven points.

In 164 career regular season WHL games (all with Vancouver) Sourdif has registered 68 goals and 90 assists for 158 points along with a +79 rating.

On the International stage he has represented Canada and earned a Silver Medal at the 2019 Hlinka Gretzky Cup.

He was also an alternate captain with Team Canada Red at the 2018 World Under-17 Hockey Challenge.

Justin Sourdif will be joined at the Selection Camp by Giants head coach Michael Dyck and Athletic Therapist Mike Burnstein, both of whom will be representing Canada on the World Junior team’s staff as an assistant coach and athletic therapist respectively.

Millar mentioned “We are excited to unveil the 35 players who will compete for a spot on Canada’s National Junior Team at the 2022 IIHF World Junior Championship, and to continue working towards winning a gold medal on home ice and we know our athletes and staff are ready for a highly-competitive selection camp, and we look forward to assembling a group that will wear the Maple Leaf with pride and embrace the opportunity to once again compete in front of fans in Alberta.”

The roster was selected by Alan Millar (Tottenham, Ont.), director of player personnel, and James Boyd (Midland, Ont./Ottawa, OHL), the U20 lead for the Program of Excellence management group, with support from Scott Salmond (Creston, B.C.), senior vice-president of national teams.

Sourdif is one of 35 players, 21 forwards and 15 WHL players that were invited to attend the camp.

Sportswave wishes him all the best!!