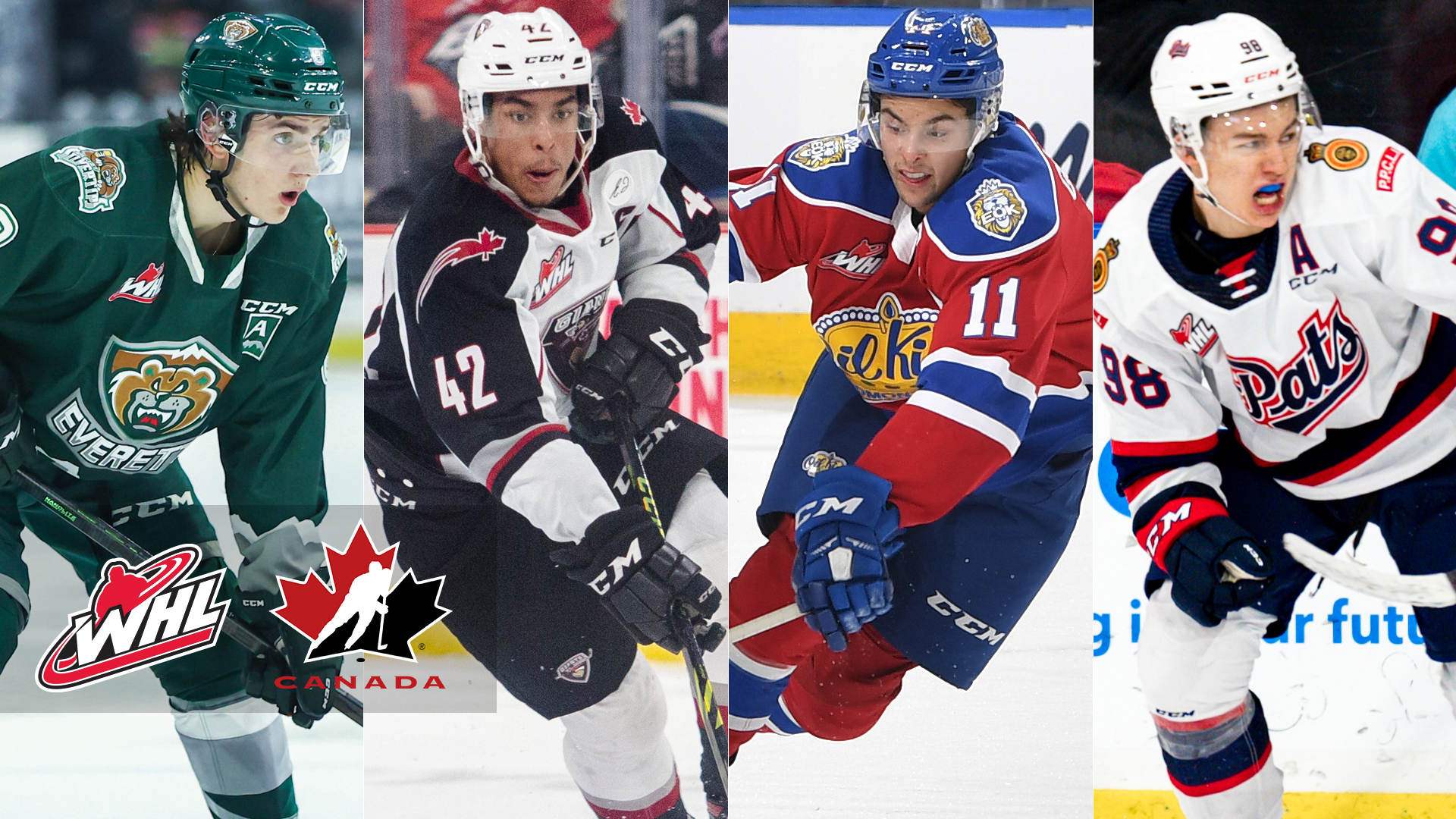 While many in the lower mainland are focused on the Canucks to see if they are able to pull out win number four under new bench boss Bruce Boudreau it’s only fitting that Hockey Canada releases the names of 12 WHL players to play for Canada’s National Junior Team for the 2022 IIHF World Junior Championship.

The event is scheduled to be played over the Christmans holidays as we have come to know that normally allows everyone or at least the hockey fans to relax in style from December 26 to January 5, 2022 with games played in both Edmonton and Red Deer.

Enjoy the read and congrats to those selected!!

The following is the press release from the WHL naming the 25 players who were named to Canada’s roster, including three goaltenders, eight defencemen and 14 forwards.

The Edmonton Oil Kings boast four players on the roster, with the Everett Silvertips and Kamloops Blazers represented by two players each.

Moose Jaw Warriors defenceman Daemon Hunt, who was invited to Canada’s National Junior Team Selection Camp, is unable to participate in the 2022 IIHF World Junior Championship due to injury.

“We are excited to unveil the 25 players who have earned the opportunity to represent Canada at the IIHF World Junior Championship, as we believe this group will give us the best chance to win a gold medal on home ice,” Millar said. “We were impressed with the level of competition at camp, and we knew we were going to have to make difficult decisions when it came time to name a final roster. Our players and staff look forward to the opportunity to compete in front of Canadian fans again, and we know this team will embrace the opportunity of wearing the Maple Leaf as we continue to build towards our goal of winning gold.”

Canada’s National Junior Team will head to Banff, Alta., for a training camp at the Fenlands Banff Recreation Centre from December 14-19. It will then travel to Red Deer for a pair of pre-tournament games on December 19 and 20 against Switzerland and Sweden, respectively, before moving on to Edmonton for its final pre-tournament match-up on December 22 against Russia as part of the Lordco Road to the World Juniors.

The 2022 IIHF World Junior Championship begins on Boxing Day with Canada kicking off its tournament against the Czech Republic. In addition to its opening-night match-up, Canada will also play Austria on December 28, Germany on December 29, and Finland on December 31 to wrap up preliminary-round action. All Team Canada games will be played at 5 p.m. MT / 7 p.m. ET.

TSN and RDS, the official broadcast partners of Hockey Canada will carry extensive game coverage and analysis throughout the World Juniors.