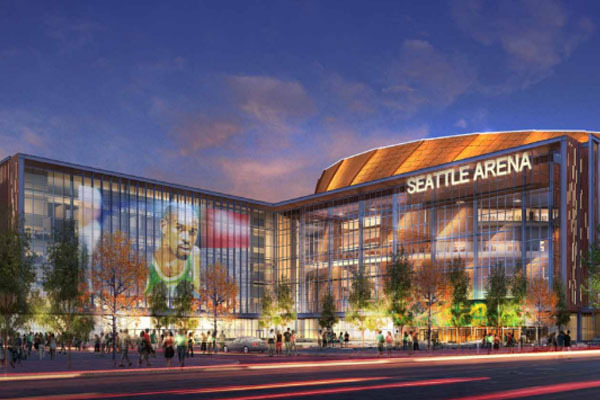 We continue to hear about expansion in the NHL and mostly coming from the “City of Sin” Las Vegas, but will it happen?

Another possible expansion that everyone in the North West would like to see happen is getting a team just south of the 49th parallel or Seattle.

The rumors that have been connected to Seattle have been floating around for some time, but it seems that this might be the first time a group has extensively passed on the idea of both the NHL and an NBA team taking up residence in Washington.

Both sports have (possibly) been discussed in the same breath, but most believe the NBA had top billing and the NHL was playing second fiddle to the idea.

There is a strong hockey background in the area dating back to 1917 when the Seattle Metropolitans won the Stanley Cup (different from the Canucks) and there is no question that the city would ideal a Western Conference team.

This would round out the league’s two conferences and the days of an uneven East-West split would finally be over, once and for all.

This is assuming both the Vegas and Seattle teams get the call and if this could happen,

Well let’s take a look at some numbers to give us a realization of if indeed it is possible.

As far as an economic impact on the City the construction related economic activity from direct and re-spending is estimated at $533 million.

The overall arena construction would sustain approximately 3,570 jobs and around $289 million in wage earnings.

To date most if not all of the focus has been on Vegas, but the Sonics Arena group has been moving forward to build a stadium.

This could serve as the home of both a (future) NHL and NBA team and more recently the group received their final environmental impact statement, to which they are moving forward to secure the final construction permits.

In the release on the update on the project, the group targeted the NHL and stated they’re not opposed to bringing in a hockey team prior to the return of a basketball team.

After months of waiting for the final environmental impact statement (FEIS) for the Seattle Arena the statement has been released.

Basically it is a “green-light or go” for them to continue moving forward to finish the remaining work needed for all final construction permits.

A summary of that document is provided below for your information.

We want to thank the city staff and technical consultants who worked hard to get this document completed and published.

The group also stated that “we remain 100% supportive of the NHL returning to Seattle and playing in the Arena — and are completely open to the prospect of that occurring prior to the NBA.”

They do however want to clarify that they have sought to be as accommodating as possible in all negotiations with potential NHL partners, with our only major requirements.

All this providing that a deal does not jeopardize the process or put the City, County, Taxpayers or us in a worse financial position.

The EIS is clearly a significant milestone, but there is much more work to be done and we greatly appreciate the continued support from all Seattle sports fans.

The final Environmental Impact Statement (FEIS) for the Seattle area is made up of 600 + page documents and took 2 years in the making.

It is the product of a number of important (key) issues such as construction impacts, transportation and freight impacts and parking and economic impacts.

As with Vancouver one major issue is traffic and not the overall generated dollar value on the project, but both Seattle and Vegas have the same issues.

Lets not forget that the Canucks have a control of territorial issue that they would have to deal with – or would they as it is in the US.