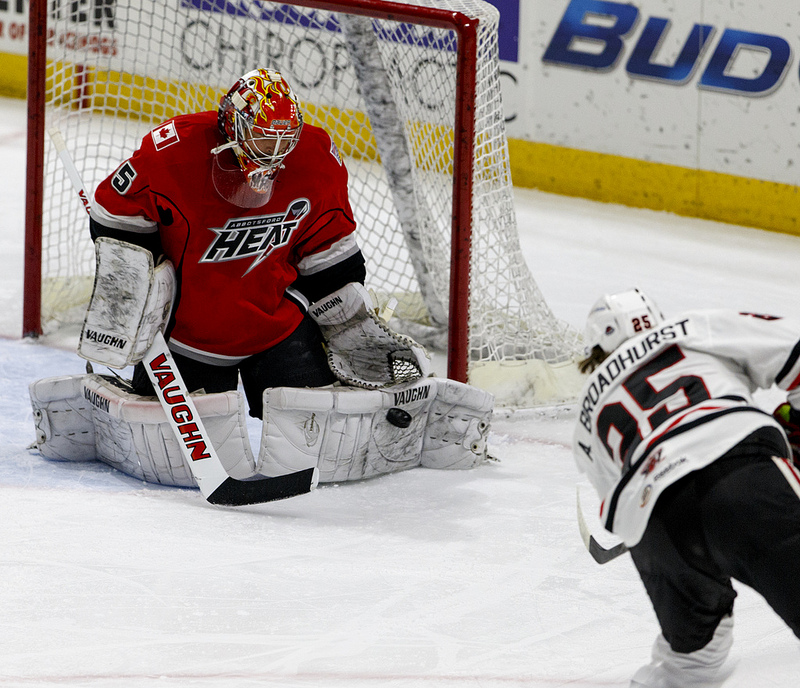 No team in the American Hockey League has more wins on the road than the Abbotsford Heat this season.

In 13 games away from the Abbotsford Entertainment and Sports Centre (AESC), the Heat have a record of 9-4 and have lost only once in five games on their current road trip.

This year, the Heat have played 13 of 21 games on the road and are 9-4. Not to mention there have been a few come from behind, character building wins that has brought the team closer together.

This is the inaugural season for the Wild, who moved from Houston after last season.

They are in the midst of a four game losing skid and have not won on home ice in their last six games.

This weekend doubleheader against the Heat will close out a six game home stand at the Wells Fargo Arena, and scoring goals has been difficult for the Wild with just four goals scored in their last four games.

Last night, the Wild played host to the Grand Rapids Griffins and lost a close game 2-1, which means we will probably see a desperate team trying to get back in the win column tonight.

Offensively, the Wild are led by defenceman Brian Connelly who has 11 assists in 15 games. Connelly is a former member of the Abbotsford Heat, recording one goal and 15 assists in 28 games during 2011/12 with Abbotsford.

The Wild have some key veterans that will help get the team back on track, including Mike Rupp, Stephane Veilleux, and Jake Dowell who combined to play 1,222 NHL games.

They will get help in goal as well, as Darcy Kuemper was reassigned from the Minnesota Wild on Saturday afternoon.

Thanks to the Heat for the info.