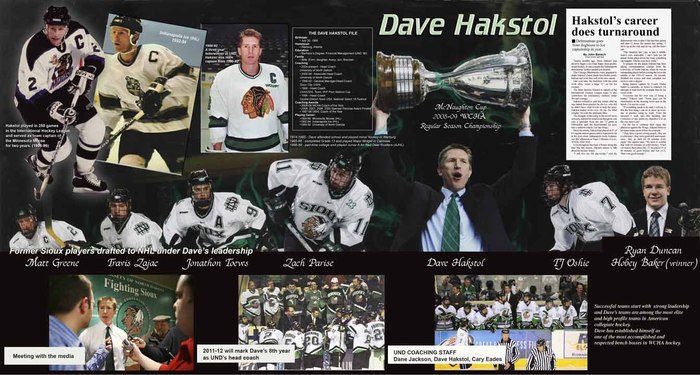 It obviously helps when you are known for getting hired to a position that so many are in the running for and one that comes to mind is the new bench boss for the Flyers.

With the number of coaches that are surfacing and sending out resumes in hopes of getting hired, it’s no real surprise that the NHL are looking in the Minor League system.

The Philadelphia Flyers are first out of the gate putting 46 year-old Dave Hakstol as the Clubs 19th Head Coach in the franchise’s history.

He must have been spoken to earlier as he (Hakstol) resigned from the University of North Dakota’s as the teams head coach, apparently before accepting the Flyers’ job.

Hiring rookie coach Hakstol to a multiyear deal, came as a surprise to many, probably the more experienced ones still looking.

This is Hextal’s official “stamp of approval” and now it’s officially his squad, win or loose.

Flyers GM Ron Hextall told the media “I wasn’t going to choose the coach that was the people’s choice, the popular choice, but I was going to pick the coach that I felt like this franchise from today, next year, moving forward was the right coach.” 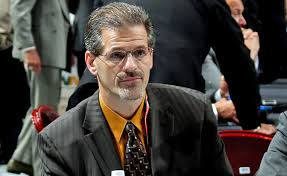 Hextall said he expected the players to adapt to the rookie coach and stated “I think they’ll figure out in a hurry here who’s in charge.”

Hakstol is one of only a few coaches to graduate directly to the NHL bench from college.

According to College Hockey Inc. two others that made the jump were “Badger” Bob Johnson and Ned Harkness getting their first NHL job straight out of college,

“I believe in what we do and I believe in the things that I do, and I’m not going to change that,” Hakstol said. “Do I need to alter the delivery of the message? Maybe a little bit. The fact that I do not have experience at this level, I’m not going to pretend that I do. But I do have an awful lot of confidence in terms of knowing the game well.”

Hakstol had been the Head Coach of North Dakota for the past 11 seasons and leaves with a record of 289-143-43.

He also led the school to the NCAA tournament in each season and last season ND was 29-10-3 and advanced to the Frozen Four for the seventh (7th) time during Hakstol’s time at the school.

He takes over from a fired Craig Berube who was in Philly for a short two seasons and finished this season with a record of 33-31-18, missing the playoffs – again!

Hakstol’s program has advanced players such as Jonathan Toews, Matt Green and TJ Oshie to perfect their skills and game after leaving North  Dakota.

His successful system and program has helped produce  (to date) 20 NHL players, to which 46 have played profession hockey at some level in various areas of the World.

Berry becomes the 16th head coach in North Dakota’s history and the sixth former player to assume the role.

“We are excited to have Brad take leadership of the UND men’s hockey program,” athletic director Brian Faison said in a statement announcing the hire. “He is an effective recruiter, has an outstanding reputation as a teacher of the game, and brings a tremendous energy and passion to the position. His core values and his understanding of the unique culture that has made UND hockey so successful are the traits that make him the right coach to carry the program forward.”

Berry, who coached North Dakota’s defensemen, completed his ninth season as an assistant at the school in 2014-15.

Berry scored 74 points as a defenseman playing for Gasparini at North Dakota (1983-86) and was selected by the Jets in the second round of the 1986 draft, playing in 241 NHL games during his career.