The Canadien’s continue their “Magical Mystery Tour ” in the 2021 postseason winning their 7th consecutive win as former Vancouver Canuck Tyler Toffoli scored the game winning goal at 1:39 of O/T.

Last fall Toffoli (at that time) was one of the biggest names in the free agent market and failed to sign with the Canucks headed east and signed a four-year deal with Montreal reportedly worth $17 million after the previous “bubble” season.

Montreal entered the game leading three games to none with a chance to wrap up the series against the team that eliminated the Oilers in four straight games, who now found themselves facing elimination – also in game four.

The Jets were 12 points behind the Oilers at the end of the Covid-19 regular season who had 75 to Jets 63 showing that point standings mean nothing in today’s game.

Despite being the underdogs in the series against McDavid and company; Winnipeg played a shut-down series, out scoring the Oilers 14-8 in the four games, rather than prolonging the series to a best of seven.

Many in the  hockey circles were pondering a seven game series against the Canadians but as we all know each game offers up a different style of play by each team.

Entering game four many had written off the Jet’s from the start and when you watched the first period it seemed to be likely that the series would indeed be a sweep.

From the opening face-off in game one the Habs gave the Jets  all they could handle and as we know game four is normally the hardest to win especially if one team is leading by a 3-0 margin.

Montreal’s Erik Gustafsson opened the scoring getting his first playoff goal at 8:01 with Suzuki and Tofolli getting helpers sending one past a screened Connor Hellebuyck for the early lead.

Montreal continued to press, hemming the Jets in their zone sending one to Lehkonen at 19:01 taking a 2-0 lead after a set-up from Kulak and Delta’s Gallagher heading to the dressing room.

Montreal were controlling the shot department by 12-7 after 20 minutes out skating the Jet’s to any loose puck in all areas of the ice.

Returning to the ice for the second as the Jets play more aggressive forcing turnovers, hemming the Canadian’s in their zone jumping on a loose puck sending it back to Rookie Logan Stanley on the left point at 1:40 who hammered a howitzer past Price getting their first of the game. 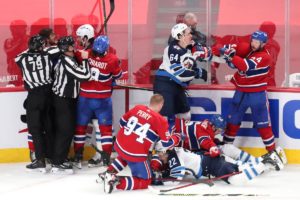 Motivation seemed to turn the game around for the Jet’s who continued to press relying on the strong play of their “D” to send shots on Price attacking the net for any rebound.

Stanley collected his second of the game at 5:29 with Appleton and Connor working magic in the Canadian’s zone causing havoc in and around the crease tying the game at 2-2 this time firing a shot the right faceoff circle ringing it in off the post past Price.

Fair to mention that both Montreal’s Carey Price and Jets Connor Hellynbuck played exceptionally well, making several impressive huge saves shutting the door on all shooters keeping it tied at two after 40 minutes.

While the game seemed to be taking a turn for the Jet’s in the early part of the third, it was Montreal’s offense that provided pressure forcing various turnovers in all three zones.

The Jets continued to get stellar goalkeeping from Connor Hellynbuck having chances against the Habs Carey Price who stood tall when he was called upon, frustrating all Jet players, as well as their fans.

After three the game was tied at two forcing what proved to be an exciting finish to the game and the season for the Jet’s as well.

Entering O/T it’s anyone’s game, but you would have to think that luck would be on the Jet’s side given the pressure they were throwing at Price, but it can be like a poker game or a game of chance.

The Jet’s got the puck from the start, but a turnover deep in their zone near the right side boards saw Canadian’s Nick Suzuki dig the puck free with Cole Caufield.

As we have seen in the past, being small has its advantages and in this case it was Caufield who got past a defender sliding one cross-ice to Toffoli who hammered home the game and series winner at 1:39 advancing Montreal to Conference finals.

As one might expect, living on Canada’s West Coast means we are cheering for three BC players on Montreal, Shea Weber (Sicamous) , Carey Price (Anaheim Lake) and Delta’s Brendan Gallagher.

Following the game Stanley mentioned “It’s all bitter right now and in the playoffs, it doesn’t matter who scores. You win as a team and you lose as a team. I’m glad I got a couple by ({rice) to try and help the team, but at the end of the day we lost to the team, so it stings right now.”

If you’re familiar with British Columbia and the Interior feel free to stop by the Sicamous Houseboat’s, say “hi” and get a quote on your next holiday!! 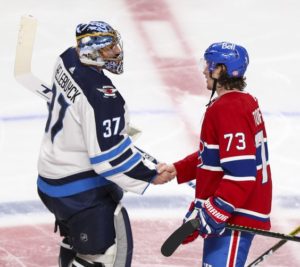 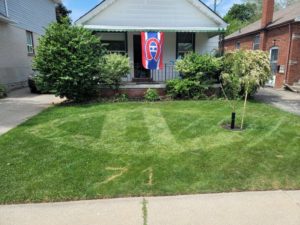 The Habs await the winner of the Vegas Knights and Colorado Avalanche winner with the series currently tied at two with game five played back in Colorado.

Date and time are listed as a TBA