Another strong effort by the defending Canadian World Junior champions as they put in a full 60 minute performance dominating 3-1 score over the Czech Republic.

Canadian “tender” Devon Levi stopped 29 shots to record the shutout for an impressive 3-0-win at Rogers Place in Edmonton, to advance the Semi-Finals Monday with the face-off set for 3  pm, pacific time.

Canada continues to get solid performances from the “D” as well as an outstanding performance from starting “tender” Devon Levi who has allowed only 4 goals in 5 games. making 29 saves for his second S/O of the tournament. 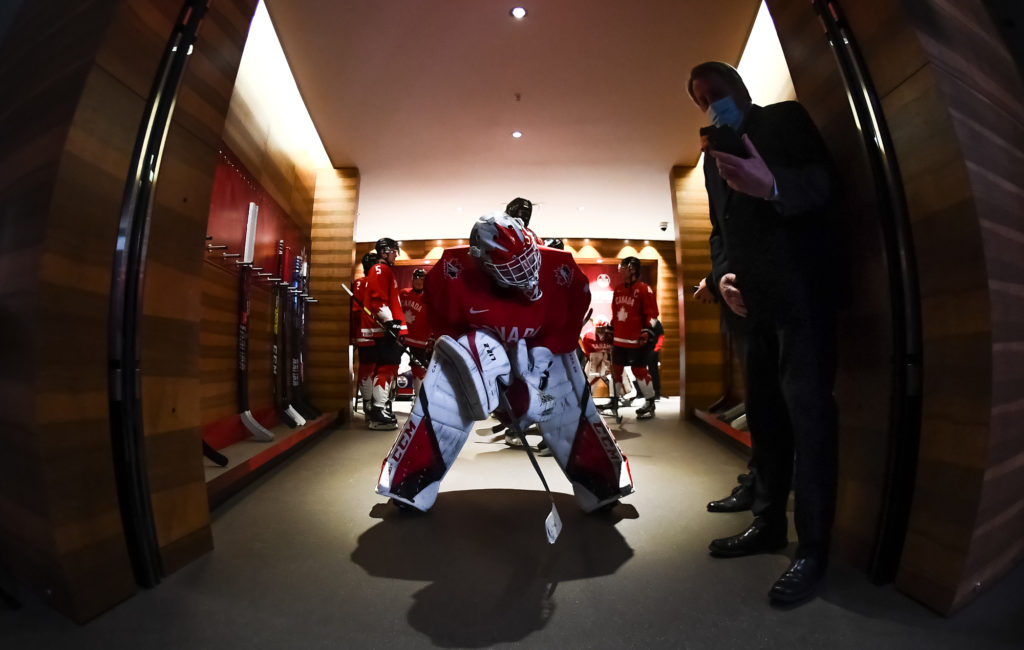 Yukon’s Dylan Cozens had a two-point game (1G/1A) with his first coming at 8:22 which was followed by the second of the game from Vancouver Giant’s Bowen Byram at 11:39 rounding out a 2-0 score after one.

The second remained scoreless with the Czech Republic pressing, giving Team Canada all they could hold off.

Connor McMichael scored at 57:11 or 17:11 of the third and finished with one goal and one assist, while Payton Krebs chipped in with two assists. 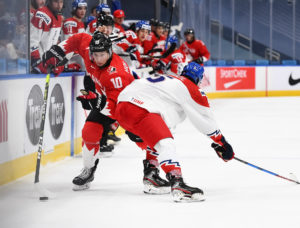 The fourth and final game of the day saw the US play host to SVK in a tight checking contest that saw the US jump out to an early lead at 10:44 off the stick of Arthur Kaliyev.

The second period saw the US turn on the red-light four times in a period that saw the officials forced to assess a few penalties to maintain control of the aggressive style of play that was creeping into the game.

The US was the fourth team to qualify for the semi-finals with a 4-2 win joining Russia, Finland and Canada for games Monday to see who will play in the championship game on Tuesday night.

For a complete summary of the result from the quarter finals and see who will face off in the semi-finals go to https://www.tsn.ca/world-juniors for all the stats summaries and updated stats in this year’s tournament.