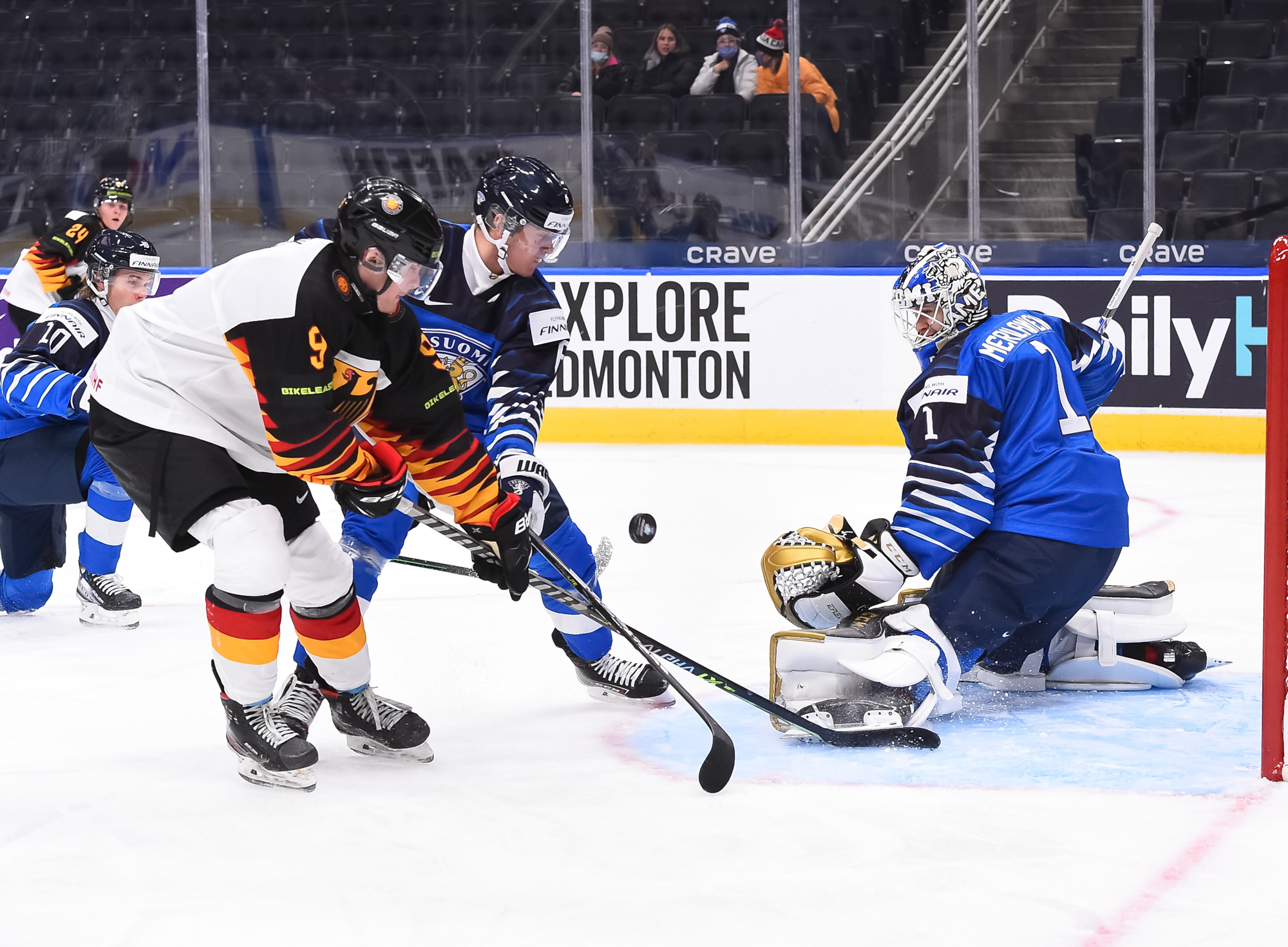 The 2021 World Junior Hockey Championship saw four games played in both Edmonton and Red Deer that featured some exceptional and exciting hockey played at the IIHF tournament.

Group A consists of Canada, Finland, Czech Republic or Czechia Austria and Germany, while Group B consists of Russia, United States, Sweden, Slovakia, and Switzerland.

A pair of games were played in Red Deer that saw Finland edge Germany by a score of 3-1 that saw Samuel Helenuis grab a pair of goals for Finland opening the scoring at 12:52 of the first giving while Germany controlled the shot department by a narrow 10-9.

Germany came out strong in the second managing to tie the game at one that saw Edmonton draft pick Luca Muzenberger on the PP at 3:27 only to have Finland’s Joel Matta give them a 2-1 lead at 7:38 while outshooting Germany 8-3 and 17-13 through 40 minutes.

Finland added an insurance marker in the third period as Samuel Helenuis got his second of the game at 7:53 giving them a 3-1 lead which stood up giving them their first win of the tournament.

Finland improved to 1-0 in the tournament placing them in first with 3 points, while Germany fell to 0-1 Group B on the opening day.

The second game of the day in Red Deer, also in Group B saw the US survive a late rally from Slovakia to pull out a close 3-2 win holding a late surge to record their first victory of day one.

The US jumped out to a 2-0 on a power play goal by Matthew Kines scoring the game’s opening goal at 13:35 giving the US an early 1-0 lead.

Mackie Samoskevich of the US extended their lead also on the PP taking a 2-0 lead at 15:18 as the teams headed to the intermission managing to outshoot Slovakia by a narrow 9-8 margin.

Landon Slaggert scored for the US while the teams played five on five at 12:42 scoring what proved to be the game winning goal and outshooting Slovakia by 23-2 and 31-11 through 40 minutes.

Slovakia did make the final 20 minutes interesting, cutting the US lead to 3-1 with Martin Chromiac getting his first at 1:03 then his second at 57:27 making it a 3-2 game.

They managed to score what would have forced O/T but after video review it was ruled the puck was directed in by a high stick as Slovakia came up one goal short.

Slovakia outshot the US by 14-11 in the final period and showed some grit as the final shots favored the United States 42-25 through 60 minutes.