To no real surprise we are hearing of other cancellations for various sporting events regardless of how each Province handles the Covid Pandemic.

BC for example is on the re-opening stage as they enter phase two of a four part phase-in to “kick-start” all events.

We have had major events cancelled in the area such as Rugby 7’s, Whitecaps, Dragon Boat Racing, CFL as well as various concerts that were planned.

One other that was to be held in September at Shaughnessy Golf and Country Club was the 2021 CP Women’s Open.

It was hoped that with the re-opening this event might be one that would “tee off” attracting top golfers to the region which would help the BC Tourism industry.

We are hearing that the title sponsor Canadian Pacific (CP), and the LPGA Tour have officially announced the cancellation of the 2021 CP Women’s Open scheduled for August 23-29, 2021.

Golf Canada were working ever so diligently with local, Provincial, and Federal Government health officials focused at a comprehensive health operation plan for the tournament.

Various stakeholders were called up to navigate the impact of current Provincial restrictions in addition to Federal quarantine measures given the number of players and event personnel required to cross the border. 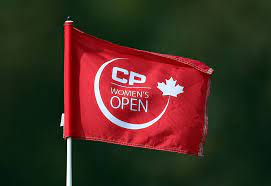 Despite the disappointment of cancelling the 2020 and 2021 events, Golf Canada and CP have confirmed that Shaughnessy Golf and Country Club will pivot to host the 2023 CP Women’s Open, August 21-27, 2023.

CP also confirmed that they have extended their partnership with Golf Canada an additional year through 2024 which includes title sponsorship of the CP Women’s Open.

“Together with CP, the LPGA Tour, and our friends at Shaughnessy, we share in the deep disappointment of the players, volunteers, partners, and golf fans with the cancellation of the 2021 CP Women’s Open,” said Golf Canada CEO Laurence Applebaum. “Even with our extensive health and safety plan, we continued to face a number of significant logistical challenges that led to this unfortunate decision for a second year moving forward, I want the thank Shaughnessy Golf and Country Club and the Musqueam First Nation and the Province of British Columbia and Sport Hosting Vancouver for their swift decision.”

Keith Creel, CP President and Chief Executive Officer mentioned “CP is committed to leaving a positive impact on the communities that host the CP Women’s Open, and we look forward to bringing the tournament back to Vancouver in 2023 and are now set our sights on bringing the world’s best golfers to Ottawa in 2022 and continue our giving legacy in that community.”

CP’s various charitable activities over the past two years have helped BC Children’s Hospital and Royal Inland Hospital raise over $2 million through different matching programs.

BC Children’s Hospital, the primary partner, will use the funds for a fleet of new cardiac ultrasound machines, research, and support for a catheterization program and two new fellowships.

Royal Inland Hospital, the community partner in Kamloops, will use the funds to redevelop and vastly improve the cardiac department of the hospital. CP continues to work with these charity partners to raise even more funds.

“We are so grateful to CP and Golf Canada for their continued support of the CP Women’s Open and the LPGA Tour,” said Ricki Lasky, Chief Tournament Business Officer for the LPGA. “While we share in this disappointment, we have no doubt that Shaughnessy, CP and Golf Canada will provide our players with an amazing experience when we are together in 2023, and we look forward to working with these partners for years to come.”

The 2023 CP Women’s Open at Shaughnessy Golf and Country Club will mark the sixth time the province of British Columbia has hosted Canada’s Women’s Open Championship, with the last time being in 2015 at The Vancouver Golf Club, where Lydia Ko won her third CP Women’s Open title.

Brian Mossop, General Manager and C.O.O. at Shaughnessy mentioned “While we are disappointed to be postponing the CP Women’s Open once again due to the COVID-19 pandemic, we will refocus our efforts and look forward to working with the Musqueam First Nation, Golf Canada, CP, the City of Vancouver at Shaughnessy in 2023,”

The rescheduled return of the LPGA Tour to Vancouver in 2023 will be proudly supported by both the Province of British Columbia as well as Sport Hosting Vancouver.

With a global audience reach of over 500 million households across 170 international markets, both bodies are getting behind one of Canada’s signature sports entertainment properties as part of their revitalized tourism platform moving forward.

Melanie Mark, Minister of Tourism, Arts, Culture and Sport mentioned “I recognize how devastating it must have been for organizers to once again have to cancel the 2021 CP Women’s Open due to the continuation of Federal travel restrictions.”

With the 2021 event officially cancelled, tournament officials with Golf Canada and CP will turn their focus to the 2022 CP Women’s Open, which was previously confirmed to be hosted at Ottawa Hunt and Golf Club August 22-28, 2022.

The fourth annual CP Women’s Leadership Summit, which was scheduled to take place on August 24 as part of CP Women’s Open tournament week, will be replaced by a digital experience focused on audience empowerment and inspiring guest speakers.

The Summit, which is a celebration of business leaders, influencers, and community champions, will continue to be part of the CP Women’s Open in 2022 and beyond.

Golf Canada, CP and the LPGA Tour would like to thank golf fans across the nation in addition to the many corporate partners, ticket, and hospitality purchasers, as well as the countless volunteers for their continued support through this unprecedented time.