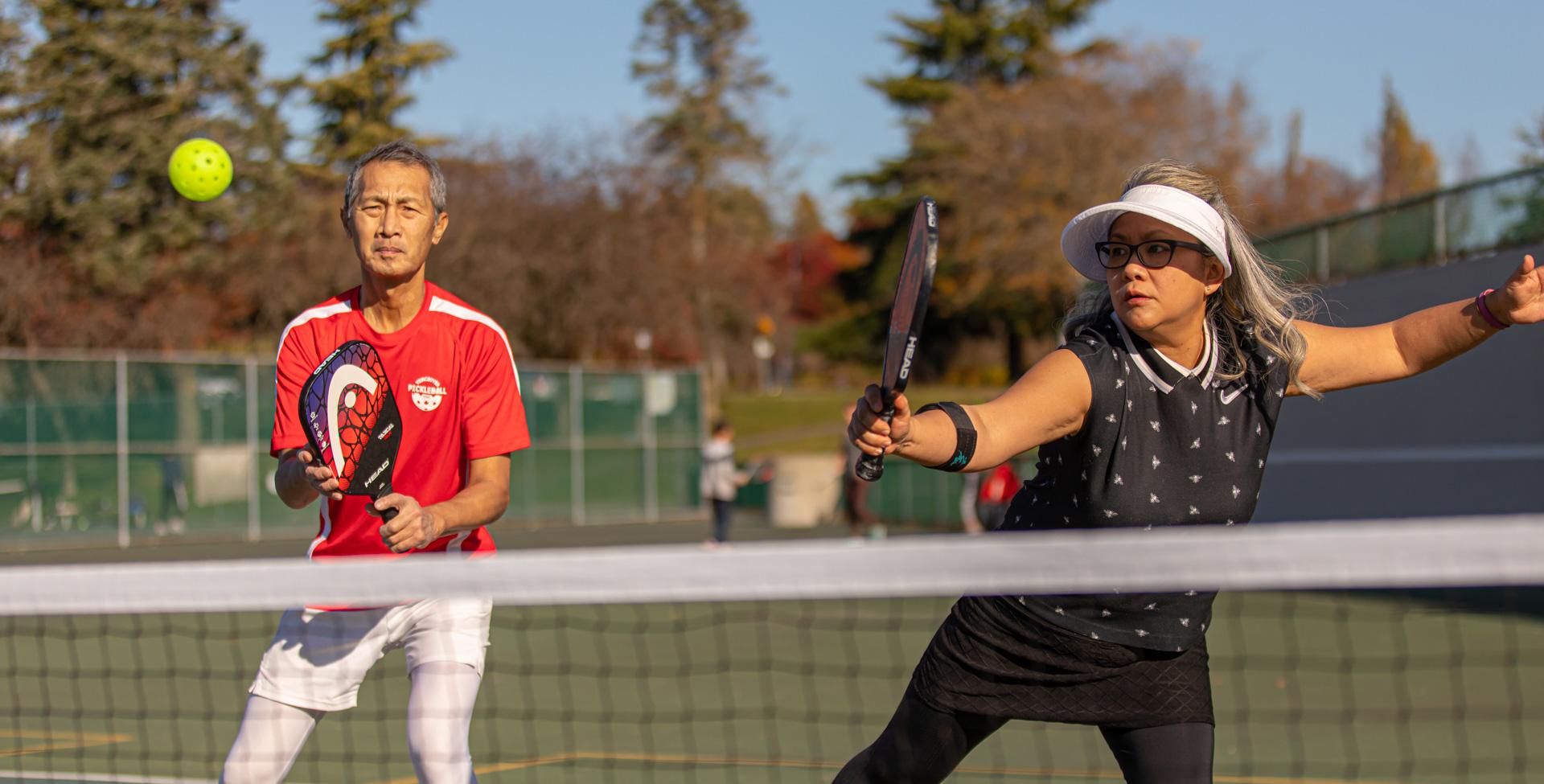 Are you looking for a new social activity which also happens to offer a good workout?

Try playing pickleball, which is regarded as one of the fastest growing sports in North America.

In a recent phone interview, pickleball player and fitness enthusiast Karen Quan shares her passion for the sport and the benefits.

The Vancouver resident says, “We started (playing) about six years ago on a trip to Hawaii and it just exploded, I would say, in the last five years. It started in Bainbridge, Washington in 1965, I believe; and these three families vacation there and the kids were bored. They started making up this game and for whatever reason, they had an outdoor badminton court.”

Karen continued “So that’s why the court is badminton-sized, which is, I think, the court size is 20’ x 44’. And they just kind of started… they had these ping pong paddles and a whiffle ball, the ball is plastic with holes in it similar to a whiffle but not a whiffle ball, and they just started playing and making up rules and then it kind of caught.”

The founder was Congressman Joel Pritchard and he would bring the game to his rallies.

It caught the attention of someone in New York (that) called him and said, ‘Hey, can you manufacture these?’ And they’re like, ‘okay.’ So then they started buying up all these badminton nets and, literally, they were cutting out the paddles out of plywood and varnishing them with wiffle balls basically. And they were selling them for like $29.99US. Yeah. And people were sending checks in the mail. So, that’s how it started.”

Quan, a passionate pickleball participant, says, “The game is considered a mix of badminton (since original play began in a badminton court), tennis and ping-pong.” The sport is easy to learn for all levels of abilities and for all ages.

“If you’re just playing for fun it doesn’t take as much technique,” she says. “You know how to play tennis, you really have to have a lot of technique to be able to get it over the net. With pickleball in the beginning, you can just be batting it around and actually getting a rally going, pretty much like badminton in a way or ping pong, in that sense. It’s an underhand serve, so it’s not difficult to get it in as opposed to like overhead the way tennis is. And it’s a much smaller court. And it’s generally played in doubles. Singles is played as well, but you have to have a lot of stamina and be quick, basically. You have to be very agile to play singles,” she says.

Pickleball can be played inside and outside.  When asked what does she like the most about the sport, Quan said, “I think it’s the people we meet. We’ve traveled to play and we’ve made good friends playing pickleball. And we have a little group here called the supper club. So we all tend to travel for tournaments. So we have our little group that we always have dinner with.”

How did pickleball receive its name? According to the website:

“Joel Pritchard’s wife, Joan, started to call their game pickleball because “the combination of different sports reminded me of the pickle boat in crew where oarsmen were chosen from the leftovers of other boats.” But according to Barney McCallum, they named the game after Pritchard’s dog.”

If you are interested in trying pickleball, here are some essentials to help get you started:

Visit a specialty shoe store and get fitted for a court shoe.

Choose quality socks and if you are playing for an hour or more change your socks to be more comfortable.

Invest in a beginner paddle, or choose one that is less expensive.

Choose the right balls for playing indoors or outdoors.

Christine Blanchette is a freelance writer for various publications such as Optimyz magazine as well as Fitness Fridays for Sportswave.

Enjoy the weekend and Stay Safe!!