We listened intently to the comments as BC’s Provincial Health Minister Dr. Bonnie Henry voiced her concerns on the recent upswing of COVID-19 and the stance she was forced to put in place for the upcoming three weeks.

I hear from several that they are against her rules that are in place with the shut-down while others are wondering why hockey leagues are allowed to play albeit under strict protocols.

In sticking with the protocols in place and wondering what we should take up it was ironic that I received a note from a friend in the US who focuses on fishing – yes fishing.

Adam Carter sent over an article for your reading and I have decided to post it in a three-part series beginning with the first today followed by the second Wednesday March 30th and the third Saturday April 3rd.

Enjoy the read and boat carefully.

Split shot of the man fishing on the lake with an underwater view of the fish. Focus on the fish only

Bass fishing tournaments serve as a platform where anglers, who have put in hours of practice and effort to build their skill, can showcase their talent. While the competition is friendly most of the time, some fishermen make a career around this sport, taking home substantial cash prizes.

For sponsors, fishing tournaments are also becoming serious business. For instance, at the 2019 High School Fishing World Finals held on Pickwick Lake in Florence, Alabama, the prize purse was reported to be $2.7 million.

This makes the championship the world’s richest fishing tournament ever held.

So, what are the best bass fishing tournaments for those who want to get involved in the freshwater or saltwater fishing sport? We took some time to find out.

What is Bass Fishing?

Rendering of a largemouth bass jumping out of the water. 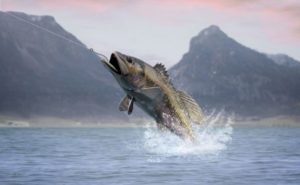 The bass in bass fishing refers to a species of aggressive, belligerent, and well-distributed game fish that can eat up big baits and adapt to both salt and freshwater.

They are commonly called black bass, and the most prized catches are the smallmouth bass and largemouth bass.

Bass fishing is a sporting tournament, generally considered the number one freshwater sport, which involves angling for game fish.

The idea of angling denotes a fishing technique that uses a fish hook (angle).

The main reason why bass fishing is so popular is that this type of fish is easier to find. It also grows larger than most other specifies, attracting people who love to catch big fish.