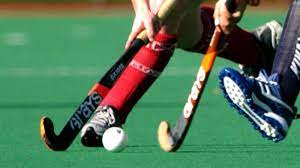 Playing any sport takes its toll on your body and that is the same for all sports, some of which are more intense than others.

When I mention the word intense, one sport that comes to mind is Rugby and if you’ve ever watched or played a match you’ll know what we mean.

Delta has various individuals who play numerous sports, one which isn’t high on the radar is that of Field Hockey.

Delta’s NDP MLA Ravi Kahlon competed at the Pan Am Games in 2007 as well as participated at the opening ceremonies of the Beijing Olympics.

I received the following from Mia Russell and wanted to share her take on Field Hockey.

Enjoy part one of the four part series:

From the first few swipes at the small white ball with the hope of connecting to the first goal scored after months of practice, hockey players around the world practice the same field hockey drills to get better at the game.

Let’s take a look at some of the best hockey drills to master to improve your endurance, strength, speed, and overall skills in field hockey.

Ball control in field hockey is one of the most important skills to have. Field hockey is a fast, running game and a field hockey player needs to be able to keep the ball on their stick when running with it, as well as play well-controlled and accurate passes that can be well received. They need to learn how to perform a good first touch or “trap” so that the ball doesn’t just bounce off of their stick on a pass.

Here are some ball control drills for beginner, intermediate and advanced field hockey players to master these skills:

Best for: To learn and understand their control area.

Each player drops a ball from their hands to learn the proper distance that the ball should be away from the player for optimum control.

Players stand in a regular stance with their feet just over shoulder-width apart and hold out their left hand directly in front of them. They then drop the ball in front of them, correctly grab their stick, and pass the ball forward.

Best for: Matching ball control with the ability to dodge. Makes players more effective on the offense. Gives defenders the chance to dodge defense.

Dodge Drill Dodges, also known as quick fakes, is a great way for a player with the ball to elude the defense. Players of similar skill pair up with a ball between them.

The first player starts dribbling with the ball under control and will use dodges to avoid defenders. The player must try and draw the defender in the direction of the fake or the dodge.

Best for Control and position when handling the ball.

Divide six players into two teams of three. One team lines up on the 25-yard line, and the other team on the 50-yard line, facing each other.

Two cones or pylons are placed about 10 yards apart on both the 25 and 50-yard lines. The ball is placed in the middle of the field between the two teams and the coach blows the whistle.

Players on the two teams must sprint towards the ball and the first team to get to the ball becomes the attacking team and the other team becomes the offensive team.

The attacking team must try to control the ball long enough to dribble it between the opposing team’s cones or pylons.

Best for: Control when dribbling the ball at all speeds.

Set up three different stations with cones or pylons where players can learn and practice each of the different dribbling styles.

Each station will require the players to practice a different dribble including a controlled dribble, a loose (speed dribble), and an Indian dribble (right-left).

At each station, players move towards the cones or pylons, around them, and back again to the line using different dribbles. They then move onto the next station and the next dribble.

The controlled dribble is used to keep the ball close and tight to the body, allowing the player to move and maneuver in tight spaces.

The loose, or speed dribble, is used when a player needs to breakout quickly into space – this dribble is usually used with one hand on the stick and the other arm pumping for speed.

The Indian dribble is a diagonal dribble in which the player pushes and pulls from the front right to close left or the other way around.

Part Two will be posted Wednesday!!