The Canucks return to the ice following a split in games against Montreal in hopes of putting another “W” in the score column moving up in the standings.

Tonight’s game was a tribute to the First Nations Community in the area which featured a pre-game video featuring opening remarks by BC’s Minister of Tourism, Arts, Culture and Sport Melanie Mark. 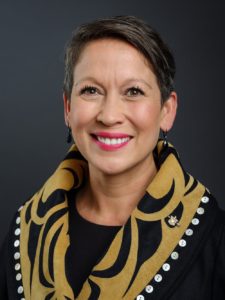 Edmonton started with Koskinen (8-9-0) over 17 games with a SV% of .899 between the pipes while the Canucks elected to go with Demko (8-10-1) through 19 games with a .914 SV%  in the blue paint in hopes of making headway on Calgary who sit one point ahead of Vancouver.

Vancouver’s last 10 games sees them with a record of 3-6-1 while the Oilers have a record of 2-3-0 in their last 10 starts and if they are looking at climbing up in the standings they have to get more than one “W” in a row.

If you’re an Oiler fan no doubt you will be watching McDavid who has 17 goals, 34 assists through 29 games having a plus 10 while Boeser has 14 goals, 15 assists in 30 games with a minus one.

Edmonton starts with between the pipes while Vancouver puts faith in who will face the onslaught of Oiler shooters through 60 minutes or longer.

Living on the west coast we’ve become spoiled by watching the likes of Henrik and Daniel over the years, but since retirement after an illusive and talented career they turned the 200 foot rink to Horvat, Boeser, Pettersson and Hughes to head the team.

Might be an uphill battle, but patience as Mom used to say is a virtue that can’t be overlooked, so we’ll have to be patient.

Tonight’s game brought a welcome from our BC Premier, John Horgan who is an avid sports enthusiast mostly to the game of lacrosse, but nonetheless a sports fan.

The first was as entertaining as you could expect but again Vancouver was outshot by a margin of 13-4 through 20 minutes.

Both clubs played a more aggressive second than first with more physical play not only in the corners but also in front of the net forcing both tenders to come up with some impressive saves, which they made.

While the second was exciting it was not without controversy at both ends of the ice, first with the Oilers due to a scramble around the net that put Vancouver up 1-0 on the scoreboard.

The first shot taken by JT Miller was stopped only to be dropped by Koskinen with three Oilers in the crease setting up what could have been a play out of the Rugby 7’s playbook.

Eventually Horvat shoveled it under everyone on the ice which wasn’t without controversy and when asked he mentioned “It was all pretty much a blur and I just wanted to get my stick in there and I saw it for a split second and just tried to keep jamming away at it.”

Mostly from Koskinen and Oilers 16th head coach Dave Tippett only to have the referee switch sides for the ensuing face-off at centre ice.

As if that wasn’t enough, the next controversy was when the officials assessed two minors against the Canucks with the second called when there were 23 seconds remaining in the first minor.

If nothing else we now know that the coaches weren’t inviting the officials to any upcoming after game parties.

Oilers Draisait hammered a one-timer from just below the face-off circle tying the game a power play goal at 16:59 after the Canucks killed a 23-second 5-on-3 but failed on a couple clearing attempts after the first penalty ended.

Shots after two saw each team trace ten that gave the Oilers 23 through two while Vancouver at least managed double digits by reaching 10 for a two period total of 17 to the surprise of many watching.

The longer the game went the more entertaining it was for the fans watching on the tube and at times each coach was wondering what game the officials were watching cause one or two thought they were in la la land.

Vancouver continued to press and it wasn’t until the mark of the third that Myers not only put the Canucks up 2-1 but also collected his 300 NHL points with the assists going to Victoria’s Jordie Benn who notched his 100 career in 542 games.

Demko was forced to make five saves on an Oilers power play with 2:30 left in the third including one that was labeled after Koskinen was pulled at 1:46 for the extra attacker.

Following the game Oilers bench boss Dave Tippet mentioned “We did some things alright, we had some chances, but we didn’t win but we’ve got to come here with the mindset [that] we’ve got to do whatever it takes to win, and we didn’t do it tonight.”

The Canucks hit the road for a four game road trip with the first two in Ottawa on the 15th and 17th followed by a pair in Montreal the 17th and 18th for a four o’clock start for Hockey Night in Canada.

They return home for a pair against the Jets Monday March 22nd (7pm) and Wednesday 24th (7:30pm) prior to the week long break against the Flames on the 31st rounding out the March schedule.