Locally the curling season has began in various rinks around the area and one change we are aware of is that the Delta Thistle Curling Club see’s Patrick Prade take over as the clubs new manager.

The club has several Bonspiels planned this year starting with the Bud Will Memorial that runs from November 30th to December 3rd and has a guarantee of three games, along with a free Friday night chili dinner, followed by a Turkey dinner on Saturday.

Being healthy means the world to sports athletes and missing any event or game just makes the injury far more detrimental to the mindset of any athlete.

Such was the case with Brad Gushue who injured his hip and groin last curling season and now that he’s recovered he was able to play in the Stu Sells Toronto Tankard.

As it worked out for the team it was Mark Nichols (third) who filled in for Gushue while the team spare Adam Spencer filled in to help move the team along.

The team won the World Curling Tour and finished with a 6-0 record and now that Gushue is healthy he’s ready to defend the title that he failed to win.

When he (Gushue) was in town last year he spent his time doing what he likes, with first taking in game three when the Blue Jays game managed to sweep the Rangers.

Now that the Jays are out of the playoffs, there is reason to believe that some of the teams chose to miss this year’s Stu Sells Tankard this year, which is normally a 24-team triple knockout, which is down to 20 teams this year.

It’s either that or quite possibly that they are more focused on the pre-trials and the Canadian Olympic Curling Trials in November and December.

Gushue said “We’re not changing much. It is like any other year it’s just there happens to be a big event this year and I guess every team has their own decisions to make and it’s unfortunate that we didn’t see 24 teams here because it is a great event.”

The only event that Team Gushue did drop was Gatineau in later October and when asked he mentioned “We wanted to play a lot early as we don’t have ice at home, but hopefully when we get back to St. John’s we can get some ice.”

Sounds strange but this will be Gushue’s first Olympic Trials since his team won in 2005 in search for a gold medal in Turin, Italy for Canada at the 2006 Winter Olympics.

Nichols spent the previous Olympic cycle on the same squad as Jeff Stoughton but returned to St. John’s in 2014.

He again took up with Team Gushue, which left Casey was off the roster and since then Team Gushue has achieved success since pulling off a win at the Brier, the World Championships, plus seven Pinty’s Grand Slam of Curling titles.

Realistically speaking Brad Gushue mentioned that “he’s not worried about peaking at the right time as his team has proven over the past three years they come to play.”

It’s interesting to note that at the Stu Sells Toronto Tankard, Gushue won their pair of opening game as they managed to reach the A finals.

He scored four in the 7th, beating Jordan Chandler 5-1 in the afternoon draw only to follow it up with a 7-4 win over Balsdon in the evening.

It’s going to be an interesting season on the ice for Canadian Curling. 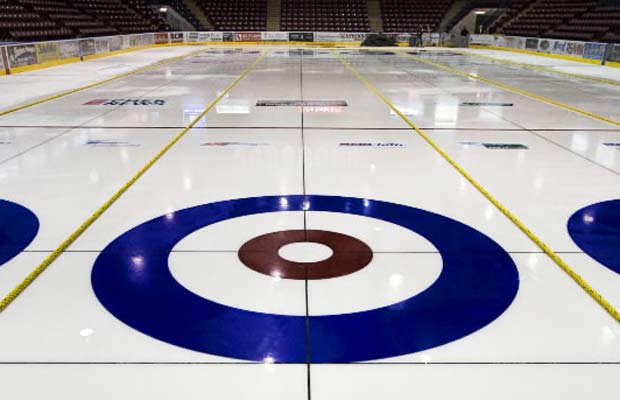