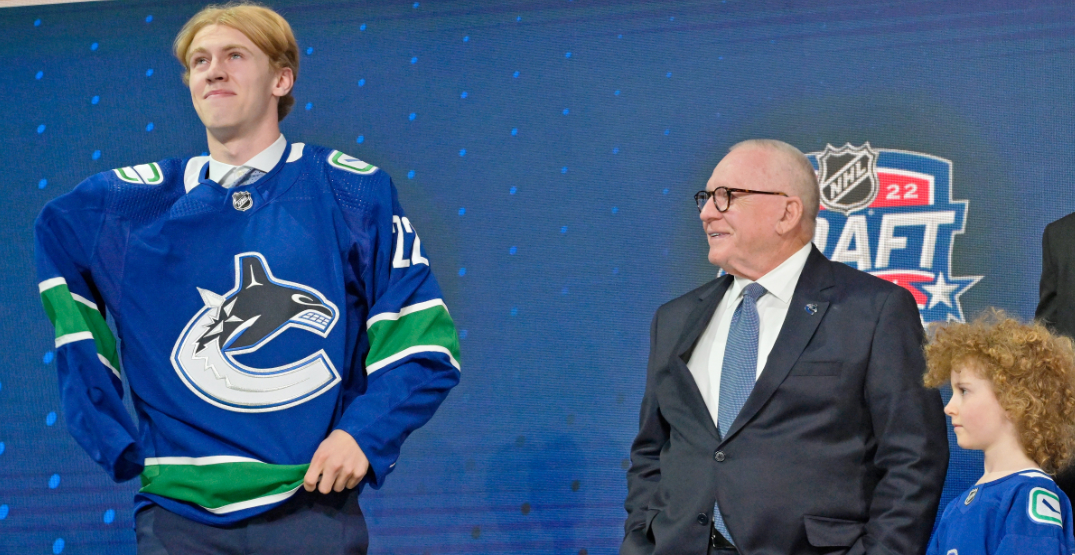 Speculation continues on the air-waves in the area about who the Canucks should move out or what transactions they should make to add depth to the roster.

With the 2022 NHL Draft underway in Montreal everyone is still wondering if JT Miller will still be at training camp come September, but that’s still up in the air.

Looking through the draft we are knowing that they have selected six players including right wing Jonathan Lekkerimäki 15th overall (round one).

It’s obvious that they are building their core with young upstarts as they move forward with the new staff running the club, which is a nice treat for the fans to see.

He calls Tullinge, Sweden home and has represented Sweden various times managing a recent Gold v at the 2022 IIHF U18 World Championship.

It’s no wonder why the Canucks selected him as he led the tournament in scoring with 15 points (5-10-15) in six games.

He played in six playoff games with the J20 club, leading the entire team with 10 points (2-8-10) and registering a team-high +12 plus/minus rating.

He calls Västerås, Sweden home and won Gold alongside Lekkerimäki at this year’s U18 World Championship playing in all six games.

Home is Eagle Lake, Ontario and is (apparently) staying in the USHL next season being committed to Clarkson University for 2023.24.

He played in 17 games with the Calgary Canucks (AJHL) calling Coaldale, Alberta home while tied for second league-wide with a .918 SV%  registering a GAA of 3.38.

The season prior, the blueliner led all Boston Jr. Bruins defencemen in scoring with 20 points (2-18-20) in 33 regular season games, before adding three points (0-3-3) in six playoff games.

Home is North Reading, Massachusetts, Dorrington represented the US at the 2021 Hlinka Gretzky Cup, picking up an assist in four games.

He played for Loko Yaroslavl in the Russia Junior Hockey League in the 2020.21 season collecting seven points (2-5-7) in 20 games.

Home is Yaroslavl, Russia and he also competed on the international stage at the 2021 Hlinka Gretzky Cup (1-0-1 in 5 games) where he won Gold.