With virtually every sport on hold, with the exception of a few, we received the following press release from the CEBL and wanted to pass on the info.

Enjoy the read and when we return to play make plans to attend one of the games played in various locations in Canada.

The best of the best of the CEBL Summer Series will be honored as the Canadian Elite Basketball League (CEBL) announced Friday the categories and winner reveal dates of the 2020 CEBL Awards.

The award recipients will be determined via votes cast by the league’s seven head coaches and their assistant coaches and it should be noted that Coaching staffs cannot vote for a player from their own team.

The CEBL became the first professional basketball league to spotlight the Elam Ending for all of the 26 contests of the CEBL Summer Series.

As a result, the 2020 CEBL awards will feature a new award category given to the player who made the most impact during Elam Ending time, called, The Clutch Player of The Year.

The winner of this award will be determined by a fan vote that can be cast on Social Media between August 14 – 16.

The award categories and their reveal dates are as follows:

The CEBL Summer Series showcased high quality basketball by exceptional athletes, and I am excited to honour the best among them through these awards” said Mike Morreale, CEBL Commissioner and CEO. “The level of talent and competition seen over the past few weeks is a testament to the incredible efforts our players made to be on a court this year. I strongly believe that this league is showcasing the best Canadian and international talent outside of the NBA”.

The agreement sees Jostens become the Official Supplier of Awards and Rings to the CEBL and the 2020 CEBL Summer Series. 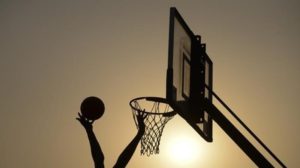 “We are very excited to have Jostens Canada as our Rings and Awards Partner”, said Morreale. “As a leader in awards for top professional and amateur performers around the world, we look forward to connecting communities locally across all our franchises with Jostens Canada while further growing the game of basketball nationally”.

“Jostens Canada is very excited to partner with The Canadian Elite Basketball League”, said Greg Diamond of Jostens Canada. “We believe that the league has a very bright future and will play a significant role in further growing the game of basketball in Canada. With representatives across Canada we are proud to support sports in Canada at all levels.”

Winners will be announced between August 17 and September 2.

The CEBL Summer Series tipped off July 25 and became the first professional sports league in Canada to return to play since the outbreak of the COVID-19 virus in mid-March shut down sports across the country.

The Edmonton Stingers became 2020 CEBL Champions on August 9 as they beat the Fraser Valley Bandits in the Championship final shown nationally.

It was available to over 130 million viewers internationally thanks to distribution agreements secured in Australia, Philippines, Malaysia, Singapore, and Taiwan by MEDIAPRO Canada, the international media rights and production partner of the CEBL.

A league created by Canadians for Canadians, the CEBL has the highest percentage of Canadian players of any professional league in the country, with

80% of its current rosters being Canadians.

Players come from the NBA G-League, top international leagues, the Canadian National Team program, and top NCAA programs as well as from U SPORTS.

The only First Division Professional League partner of Canada Basketball, the CEBL season typically runs from May through August. More information is available at www.cebl.ca

Jostens is a trusted partner in the academic and achievement channel, providing products, programs and services that help its customers celebrate moments that matter.

The company’s products include yearbooks, publications, jewelry and consumer goods that serve the K-12 educational, college and professional sports segments.

Founded in 1897 and based in Minneapolis, Minn., Jostens is a subsidiary of Newell Brands and can be found online at www.jostens.com.

Thanks to CEBL John Lashway Executive Vice President, Strategy & Communications for the info.