Various sports have been on hold for a while but the CEBL was fortunate enough to host their playoffs last season in Kitchener-Waterloo that by all intensive purposes was a success.

Below is the following press release from the team so enjoy the read.

Julius is currently in his second season of coaching the Formosa Dreamers, a Taiwan-based professional basketball team in the P.LEAGUE+.

Given the current conditions and future uncertainty of COVID-19 and its impact on global travel, Julius will remain in Taiwan this summer rather than risk a government ban on re-entry in the fall due to potential COVID restrictions.

He will be able to fulfill all duties as the Bandits general manager from Taiwan and support the coaching staff on an on-going basis.

“Although I am disappointed that I can’t be with the team this summer I am really excited for the organization and extremely proud of Coach Dave. He is an elite young coach with a tremendous ability to motivate and bring the best out of his players,” Julius said. “Dave is a proven winner and he has shown he can win in difficult circumstances. He has a great mind on both sides of the ball and there is no question he will carry our grit and grind culture to another level this summer.”

“It’s an honour and a privilege to be able to stay with the Bandits as general manager,” Julius added. “Even though I am on the other side of the world, I will put my full heart and soul into building another tough-minded group that coach Dave and his staff can lead to competitive greatness.”

Singleton will lead a Bandits team that finished the 2020 CEBL season as runner-up to the Edmonton Stingers and as leaders in several statistical categories, including first in point differential and second in points, steals and assists per game.

Considered to be one of the top young coaches in Asia, Singleton will transition into the head coach position on an interim basis during Julius’ absence and brings a track record of dedication and professionalism that has been developed across a variety of cultural contexts. 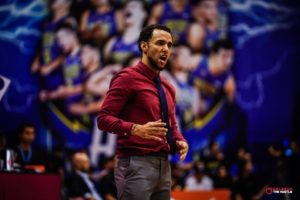 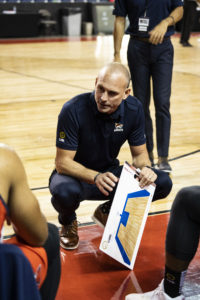 Singleton’s international coaching pedigree has allowed him to build relationships with players and fellow coaches around the globe.

Singleton joined Bima Perkasa, a professional basketball team playing in the Indonesian Basketball League (IBL), as the club’s head coach in December 2020. Prior to the Bandits and Indonesia, Singleton was head coach and general manager of the Cantho Catfish in the Vietnam Basketball Association (VBA) during its 2016 campaign.

Singleton then joined the Saigon Heat as the lead assistant coach on Julius’ staff in the ABL for two seasons from 2017-2019.

Specializing in video coordination and player development, Singleton became the Heat’s head coach for its 2019 VBA campaign and led the team to its first VBA championship.

In 2020, Singleton joined Pacific Caesar in the IBL where he led the club to a playoff berth prior to the season being cut short by the pandemic.

In addition to Canada, Indonesia and Vietnam, Singleton also spent time as an assistant coach with the Nelson Giants in New Zealand’s National Basketball League (NBL).

“I’m grateful to Dylan Kular, the Bandits family and the CEBL for this opportunity and I can’t wait to get started in Fraser Valley this summer,” Singleton said. “Kyle has been a mentor to me since our time working together began in Asia.

Last season was just the beginning for the Bandits.

We are committed to developing a tenacious roster that is equally involved in the community as well.

“Fans can expect a brand of basketball that is fast-paced and requires total buy-in from our players. We will leave it all on the floor each time we step onto the court and we can’t wait to showcase a team for a Fraser Valley community that has been supportive since day one.”

The Bandits are expected to announce Julius and Singleton’s basketball operations department and coaching staff at a later date this spring.

“Dave was an integral piece last year when it came to designing offensive and defensive sets and also showed that he is committed to the improvement of our players not only as athletes but as individuals,” said Bandits vice president Dylan Kular. “Prior to the CEBL Summer Series, our roster connected virtually for nearly five months and was able to unify, adapt and overcome our remote conditions before coming together in St. Catharines. I’m excited for Dave to take the reins this summer with support from an experienced staff of basketball veterans.”

“The Bandits support Kyle and his work with the Dreamers,” Kular added. “We are grateful to be able to maintain an open line of communication with their organization and it was mutually decided that as a result of the difficulty in predicting the nature of restrictions on travel, border closures and other factors resulting from the pandemic, it would be best for Kyle to work remotely for the Bandits this summer.”

The Bandits open the 2021 season at home versus Edmonton on Saturday, June 5 at 1 p.m. PT at Abbotsford Centre.

All regular season games will also be live streamed on the free CBC Gem streaming service, cbcsports.ca, the CBC Sports app for iOS and Android devices and on a new OTT streaming platform the CEBL will unveil this spring.

A league created by Canadians for Canadians, the CEBL has the highest percentage of Canadian players of any professional league in the country, with 80 percent of its 2020 rosters being Canadians. Players come from the NBA G League, top international leagues, the Canadian national team program, and top NCAA and U SPORTS programs.