Many often mention all good things must come to an end and I for one can attest to that first hand, but stepping out of the lime-light for some is hard to do.

We are hearing that the UBC Women’s Basketball program will soon be looking for a new head coach with the recent announcement that head coach Deb Huband will soon be retiring after a 27 year stint..

Her career has taken UBC to new levels with her being the longest serving and most successful women’s basketball coach in school history.

She mentioned “Coaching at UBC has been a privilege and I am extremely proud of our women’s basketball program, the staff and the players.”

She continued “Coaching has provided me with an avenue to explore my competitive nature, passion for sport, love of teaching and enjoyment of the team environment.

Kavie Toor, UBC Managing Director of Athletics and Recreation mentioned “Over the last three decades, Deb has been synonymous with success.”

Her dedication to her coaching and to her players, and to promoting inclusivity and making our community a better place will continue as a lasting impact of her many years of service to UBC Athletics.

She (Huband) went on to coach the T-Birds to six more regular season victories to close out the 2019-20 campaign in her 26th and final season walking away with the record sitting at 344 wins.

She also enjoyed other milestones as her University playing career and was recognized and named as one of U SPORTS’ Top 100 Women’s Basketball players of the century.

Her career started at Concordia (Que.) by being named an QUAA All-Star in her rookie season,

before moving Bishop in Lennoxville, Quebec as she captained the Gaiters to three (3) consecutive QUAA titles from 1977-80.

Names as a three-time CIAU (now U SPORTS) All-Canadian she was honored and recognized as Bishop’s Female Athlete of the Year on three different occasions. 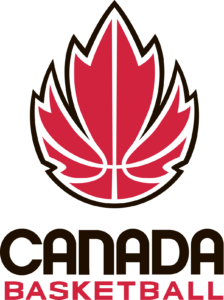 Huband was an assistant coach with Canada’s senior national team – a position she started in 1998 – at the 2000 Olympic Summer Games in Sydney, Australia.

In the process, she became one of the few Canadian basketball players to participate as both a player and coach in the Summer Olympics.

Deb’s influence has inspired a generation of student-athletes and she’ll continue to be a mentor on and off the court in our community.