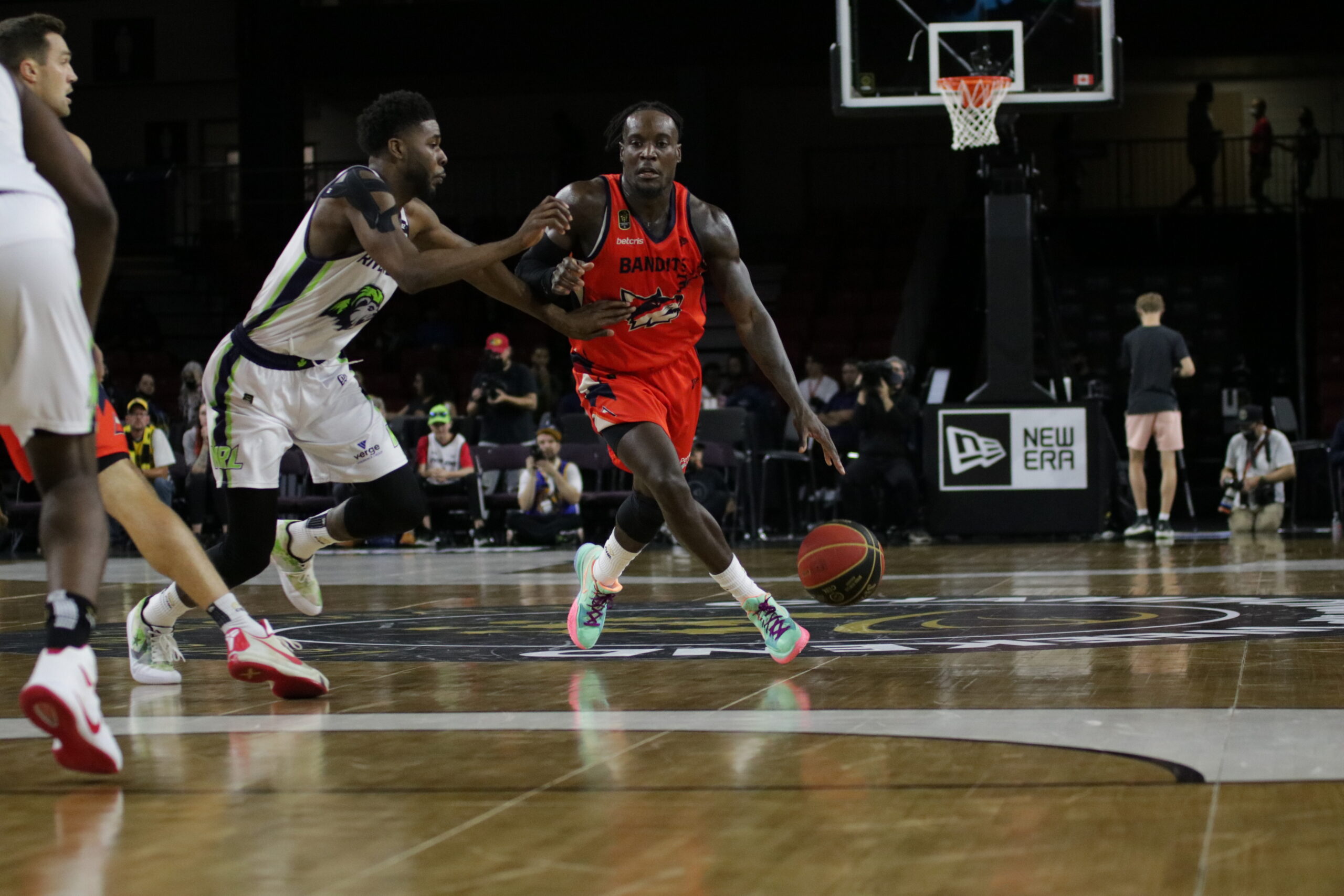 The following is the post game press release from the Bandits, so enjoy the read and thank you for the impressive season.

The pride of Richmond, BC hit a wide open triple to give Niagara a 84-82 win over the Fraser Valley Bandits, and with the victory, the first CEBL championship appearance for the team.

Fresh from the NBA Summer League, River Lions forward Javin DeLaurier picked up right where he left his CEBL club, leading all scorers with 20 points and earning the double-double by also grabbing a team-high 10 rebounds.

After losing in the 2019 semifinals and falling out of the 2020 CEBL Summer Series in the quarterfinals, the River Lions finally reached the title game, but it was not easy for Niagara Head Coach Vic Raso and his squad.

“That’s a tough, tough basketball team (Fraser Valley) and they don’t quit,” said Raso after the game. “So we got ahead early, and they fought back. There’s just a feeling down there that it was going to be like, we weren’t gonna be able to pull away and we’re gonna have to win in the end. And, you know, luckily enough we did.”

DeLaurier scored eight points in the opening frame. A Scrubb three-pointer at 6:03 of the opening quarter gave Niagara an early 12-2 lead and forced interim Bandits head coach Tanner Massey to use his first time out. Both teams struggled to score as the game began, with five turnovers in the first three minutes.

The teams played a much cleaner game the rest of the way (10-9, Fraser Valley).

Niagara led the entire first half, thanks in part to their effort getting into the paint. The River Lions got to the line 16 times (13-16), compared to only six free throw attempts by the Bandits heading into the break.

However, Fraser Valley kept the pressure on Niagara in the second half and even took a brief lead 49-48.

The Bandits had a chance to win the game but couldn’t convert, despite grinding out the final frame. They dominated the boards 55-41, including a CEBL playoff record 22 on the offensive glass.

CEBL Defensive Player of the Year Brandon Gilbeck grabbed a game-high 14 rebounds to go along with nine points. Teammate Alex Campbell led all Bandits with 19 points.

“Our guys have displayed resiliency all year with everything that’s going on,” expressed Bandits Head Coach Tanner Massey. And for them to come back and push this thing to the limit, like they did, really shows a lot about their character. We’ve got some great men in that room, who are not only going to take a lot out of this game and apply it to their next basketball job, but they’re gonna apply it to life. There was a lot that was learned in that locker room all season long, and credit for those guys.”

Niagara led 75-71 heading into the Elam Ending, producing a target score of 84 points.

A missed layup by Scrubb with Niagara leading 81-78 was rebounded by Shaquille Keith, which was followed by a thunderous dunk from Gilbeck who proceeded to give a two-handed block on Daniel Mullings on the next play.

It was that type of aggressive play that got Fraser Valley within one shot rom going to the finals for a second straight year.

However, Niagara, the favourites heading into the game, simply made one more shot than the Bandits. It was another triple from Scrubb, who finished with 16 points, including four-for-10 from beyond the arc.

“We knew it was going to be tough, especially since we haven’t been together much as a team,” said Scrubb. “But it’s a good test to go through this in the semifinals, because the finals are going to be a tough game regardless. We’re excited. I think it’s going to be a good game, whoever we get.”

A league created by Canadians for Canadians, the CEBL has the highest percentage of Canadian players of any professional league in the country, with 75 percent of its current rosters being Canadians.

Bandits Advance To CEBL Finals
Customer Experience On Every Level