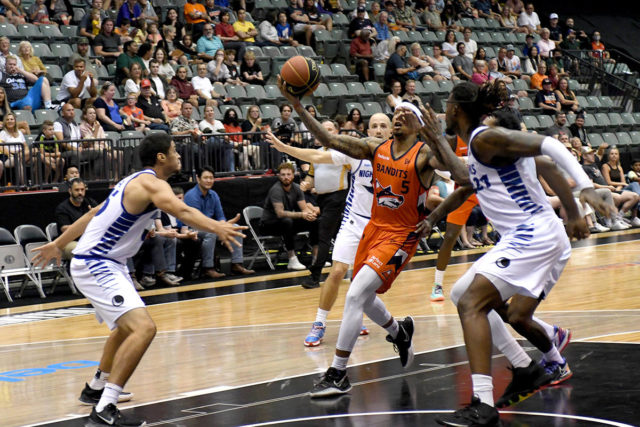 No argument that one team that’s on a roll is the Guelph Nighthawks who have won three of their last four games and are looking to advance to their first CEBL Championship Weekend in franchise history.

Locally, the Fraser Valley Bandits sit fourth and played their last home and quarterfinal game against Guelph to punch their ticket to Edmonton for the final championship with an impressive

It’s true that they did struggle, but looked at the sell-out crowd to continue after a 5-2 record on home court, but with this comes hopes of getting far better shooting accuracy from all areas of the court.

When looking at the numbers we are seeing that all opponents average 78.1 points compared to the 90.6 points on their home court.

There is no question that they were looking at Kenny Manigault who has averaged 19.7 points, 5.0 rebounds and 9.7 assists in his last three games.

The Nighthawks were the only squad in the CEBL to have two players rank in the top five in scoring. Barber (18.1 ppg) finished third, while Hill finished fifth (17.5 ppg).

However, during the only meeting against Fraser Valley this season, the Bandits held the dynamic duo to a combined 26 points, six rebounds and seven assists, in addition to eight turnovers and a .314 (11-35) shooting mark from the field.

The last and only meeting this season saw the Bandits defeated Guelph by a 92-71 July 14th, when Malcolm Duvivier led all scorers with 20 points, which included five triples in just 24 minutes.

Guelph had a 24-23, after the first quarter but their production slowed, managing to score only 47 points in the remainder of the game. .

The final Championship Weekend begins with two games Friday, August 20 at 5 pm local time with the championship game set to tip-off at 2 pm

The 7-7 Bandits will be the visiting team and tip-off against the 10-4 Niagara River Lions at 4 pm local time.

The Bandits are the first pro sports team in B.C. to host fans since the start of the pandemic.

During the game, all five scorers – plus key reserves Malcolm Duvivier and Ryan Ejim – made large contributions to the scoreboard for Fraser Valley.

The balanced scoring effort has been a theme all season for the Bandits, as the team has only one player averaging over 12 points per game, but nine guys pitching in at least seven points a night.

Fraser Valley head coach David Singleton mentioned after the game “I thought everybody contributed, played their role well and I thought it was a team win and I was very happy with it. We shared the ball very well today.”